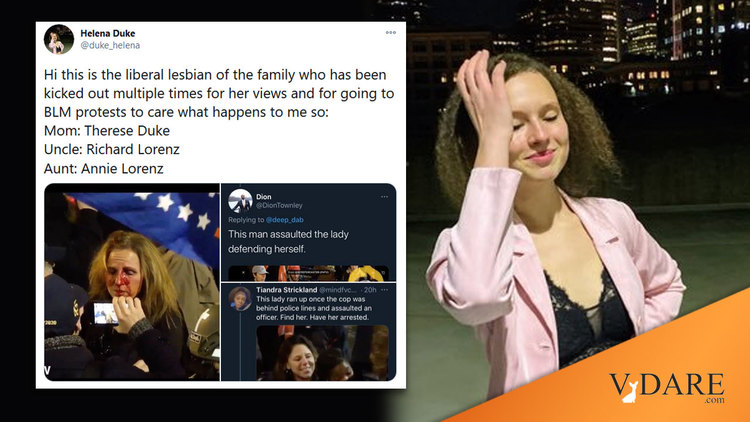 At VDARE, we often quote Bertolt Brecht’s line about the government’s efforts “to dissolve the people and elect another.”

Brecht also wrote a brief play called The Spy, which is part of the larger production, Fear and Misery of the Third Reich (1938). In it, a German couple have an overly candid conversation about current events in their home, which is overheard by their son. But when the son leaves the home and does not return quickly, the parents panic over whether their son has informed on them about their true political beliefs and thereby handed them over to the authorities.

Sadly, life has come to imitate art in Massachusetts, as a woman, Helena Duke, has recently exposed her mother, Theresa Duke, as a Trump supporter who protested the 2020 election on January 6 in Washington, D.C. Theresa Duke has since lost her job at the University of Massachusetts Medical Center. [Here’s what we know about the former UMass Memorial Health Care employee who was reportedly in D.C. before the Capitol siege, by Ainslie Cromar, The Boston Globe, January 10, 2020]

What crime did Theresa Duke commit other than attend a perfectly legal political gathering? Well, she was punched in the face by a black BLM supporter who has since claimed to be the real victim. 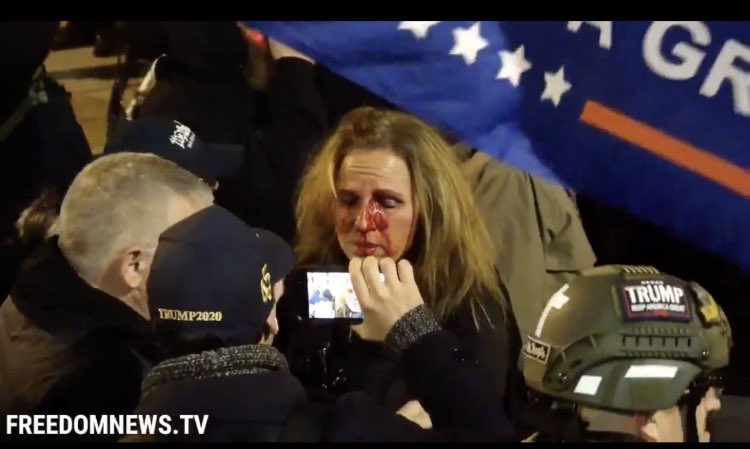 In an effort to be transparant, we've put together all of the raw footage that we have from two different angles of this incident at BLM plaza in DC on Tuesday January 5th.
These are raw files stitched together. (pt2 of 2) pic.twitter.com/rbloSZfpnZ

According to the Boston Globe, the BLM protestor has since set up a lucrative Gofundme account in her name while Theresa Duke is probably in hiding somewhere.

The totalitarian vice continues to tighten.