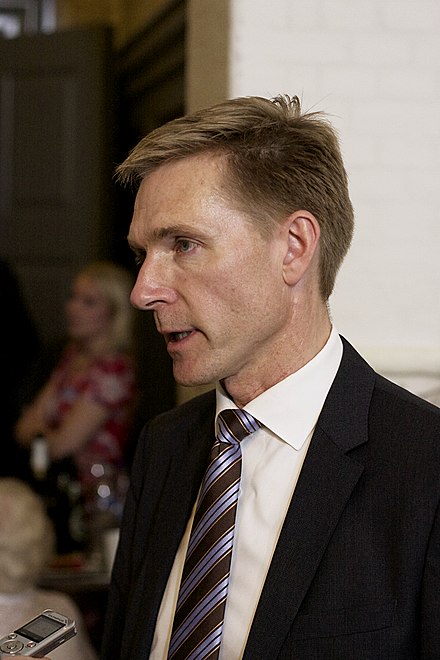 The European Awakening continues, this time in Denmark.

Denmark woke up on Friday to a radically altered political landscape after the anti-immigrant Danish People’s party finished second in the country’s general election and demanded stricter border controls to stem the movement of migrants.

The DPP took more than 21% of the vote and 37 seats in the country’s 179-seat parliament. On a night of political contradictions, the centre-left Social Democrats, who increased their vote and were easily the biggest party, conceded defeat and Helle Thorning-Schmidt, Denmark’s first female prime minister, resigned as party leader.

The election featured turnout of over 85%. And though the Danish People's Party is not the largest party in the country, they still performed far ahead of what pollsters expected.

The election was enough to bring down Helle Thorning-Schmidt. Her Social Democrats actually increased their share of the vote (to 26.3%) and won more seats, but not enough to form a governing coalition.

Schmidt was Denmark's first female prime minister, but you may remember her best from her canoodling with Barack Obama (much to Michelle's fury) at the farce that was Nelson Mandela's funeral. As Mark Steyn wrote at the time,

Speaking of enjoying themselves, back in the VIP seats President Obama, Danish prime minister Helle Thorning-Schmidt, and British prime minister David Cameron carried on like Harry, Hermione, and Ron snogging in the back row during the Hogwarts Quidditch Cup presentation. As the three leaders demonstrated their hands-on approach, Michelle Obama glowered straight ahead, as stony and merciless as the 15-foot statue of apartheid architect Dr. Hendrik Verwoerd that once stood guard outside the government offices of the Orange Free State. Eventually, weary of the trilateral smooching, the first lady switched seats and inserted herself between Barack and the vivacious Helle. How poignant that, on a day to celebrate the post-racial South Africa, the handsome young black man should have to be forcibly segregated from the cool Aryan blonde. For all the progress, as Obama himself pointed out, “our work is not yet done.”

We will have to content ourselves with memories when it comes to Thorning-Schmidt, because the real action in Danish politics now is between the "center-right" and the Right.

However, because of the nature of coalition politics, Rasmussen is perceived as the leader of the new majority, an unwieldy alliance of free market leaning parties, populists, and conservatives. However, Rasmussen is not assured of being the new Prime Minister. In fact, some people are openly suggesting the Danish People's Party's leader Kristian Thulesen Dahl (above) should be the new Prime Minister.

Perhaps to guard his right flank, Rasmussen has already vowed to ensure "control of the flow of refugees" [Danish election: Opposition bloc wins, BBC, June 19, 2015] But the Danish People's Party has previously expressed skepticism about joining the government, arguing it could have greater influence by staying outside the government. If it does join, presumably the DPP won't be satisfied with just talk.

Why does this matter to Americans? Besides the obvious importance of Europe to our own situation, there is an interesting strategic experiment going on here. The populist DPP has successfully pushed the immigration debate in Denmark in the patriotic direction. The "center-right" is following their lead. Even the Left did, to some extent.

Now, the DPP has a hard choice. If they join in the government, they can implement good policies and perhaps discredit the center-right because everyone will know they are the ruling driving force in the governing coalition.

On the other hand, if they join the government, they will be tied to whatever policies are implemented, even if those aren't the policies that will help the DPP's long term development. If the DPP joins a government with Rasmussen as Prime Minister, they may find themselves sharing the fate of the Liberal Democrats, who were all but destroyed by their alliance with the Conservatives in the UK's last coalition government.

What is the right choice? Perhaps there isn't one. It all depends on what happens in the future and whether the DPP can continue to build on its past success and maintain credibility with voters.

What is clear, however, is the political momentum in Denmark belongs with immigration patriots. And that's increasingly true for Europe as a whole.