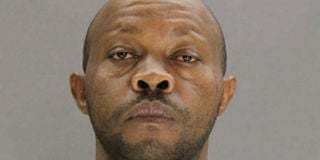 DA: No Death Penalty For Black Immigrant Billy Chemirmir, Who Murdered At Least 18

District Attorney Will Not Seek Death Penalty for Billy Chemirmir

The Dallas County District Attorney announced Thursday that he will not seek the death penalty for an accused serial killer charged with capital murder.

Billy Kipkorir Chemirmir (born December 8, 1972) is a Kenyan man accused of the murders of at least 18 elderly women in Dallas, Texas and its surrounding suburbs. In total, Chemirmir has been indicted for 18 murders and more are suspected. Civil suits have also been filed accusing him of a further six similar murders.

From a search on whether the NYT considers this black immigrant serial killer news fit to print:

A couple of thoughts: I think the death penalty should be reserved as a deterrent against incremental murders, such as witness murdering. We don’t want to have a situation where it make perfect rational from a marginal cost-benefit standard to go ahead and murder a second person because they won’t punish you worse than for your first murder. It would therefore seem like serial murderers should therefore be met with the death penalty as well.

Also, has serial murdering become more of a black thing in this century compared to the last?

Bill James’ view is that serial murders were, while they happened, so rare before the social tumult of the 1960s (my suspicion: Hitchcock’s 1960 Psycho might have planted the idea in some susceptible brains) that cops up until the Ted Bundy era around 1980 were taught not to even bother considering that the victim might have been randomly murdered by a stranger. It was partly a matter of the cops traditionally preferring to search for the keys under the streetlamp: we can get a list of this murdered woman’s ex-boyfriends and sweat each one, but how would we ever work our way through a list of all the random men within driving distance?

It seems like a majority of the old time serial murderers and rapists, like the Golden State Killer, that have been discovered so far using DNA scans uploaded to public websites by distant relatives, have been white. This might simply be that getting your DNA scanned is more of a white hobby at present. Or, quite possibly, there were, indeed, many white men doing very bad things in the 1970s–1990s. Gregory Cochran points out:

But by now, enough people have been genotyped that there’s a pretty good chance that the typical perp (of European ancestry) has some moderately distant match in the database: say, a 3rd cousin. We can now detect those matches. A few such matches tells us that the unknown perp is one of the descendants of an ancestor a few generations back – so we now only have to examine a very limited pool of potential perps, perhaps a few hundred instead of tens of millions! After excluding individuals of the wrong sex, impossible ages, deceased, etc finding the real killer often becomes quite practical.

In particular, enough people have been genotyped and have uploaded their info to a genetic genealogy site to allow this. I said of European descent: genotyping and interest in genealogy have not as yet been widespread enough among African-Americans to allow this approach, but that will come, probably fairly soon.

What this means, to a pretty good approximation, is that law enforcement is soon going be able to identify the perp in all cases where DNA evidence is available. Decades of unsolved rapes, assaults, and murders will be cleared up – in as little as a couple of years, if we make a serious effort.