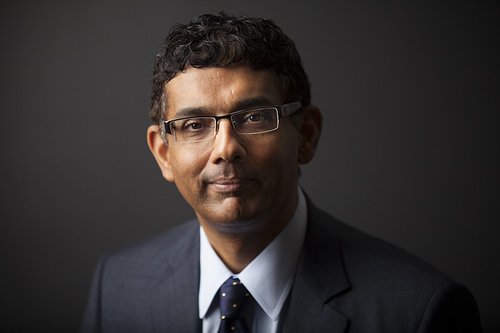 D'Souza In Montana: GOP Is The American Party

In an article I did here in September, there was a quote about how immigration's 1880-1914 Great Wave launched demographic and cultural changes that ultimately "ended the traditional Republican majority in this country."

That's in keeping with a longstanding VDARE.com theme that the Republicans, even as abysmal on "the National Question" as they've been in recent decades, are the closest approximation there is to a Generic American Party [GAP].

It turns out that even some immigrants have grasped that idea.  On Saturday night, October 17, I heard Dinesh D'Souza speak to the enthusiastic crowd at a fund-raiser for the Gallatin County [Montana] Republicans.  D'Souza, who immigrated to the U.S. as a 17-year-old college student, has been the subject of mixed reviews here at VDARE.com.  Nevertheless, I think there's much that's admirable in him.

Near the end of an engrossing talk, D'Souza recalled his encounter, at some university in the northeastern U.S., with a group of immigrant college students of south-Asian origin.  One of the women in the group described her unsettled feeling of being "between two cultures" and then asked him, "How will I know when I've become an American?"

D'Souza replied, "When you realize that you're a Republican."