A couple days ago, you read about a white great-grandmother who was set on fire (still in critical condition) by five blacks and left for dead in a city not far from where the fictional events of AMC's The Walking Dead Season 1-2 transpire. 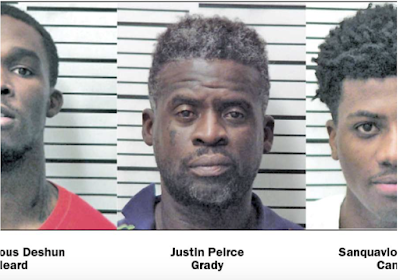 Well, they've caught three of the black suspects: Justin Peirce Grady, 38, and Cortavious Deshun Heard, 18, of Grantville; and Shanquavious Keontrell Cameron, 17, of Hogansville. Cortavious and Shanquavious... normally the names of defensive backs, running backs or wide receivers representing the Predominately White Universities (PWI) of the Southeastern Conference, they now represent the faces of a horrific black-on-white attempted lynching that only white bigots on the Internet will dare care to publicize.

Three men – two of them residents of Grantville – have been arrested for the attack last week that sent 83-year-old Dorothy Dow to Grady Hospital’s burn unit. The Meriwether County Sheriff’s Office announced the three arrests on Tuesday night just after 9 p.m. 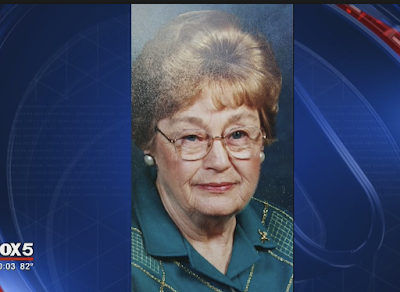 Mere miles from the fictional events of The Walking Dead Season 2 (think the farmhouse where Rick seeks refuge) three blacks have now been arrested for robbing and setting fire to white 83-year-old Dorothy Dow. Two of those black males are named Cortavious and Shanquavious...

Cameron is charged with financial transaction card theft and identity theft fraud. Cameron will also be charged with party to a crime for the charges levied against Grady and Heard.

All of three men are being held in jail without bond.

“This investigation is still active and ongoing,” said Sheriff Chuck Smith. “We are seeking the public’s help with any additional information that can be obtained concerning these subjects or their activities prior to and after this incident occurred.”

“It is through collaboration with these supporting agencies that has made this possible,” Smith said. “Whether it be helping us track down these individuals, assisting us in searches or taking these individuals in custody.”

The day after the Thursday attack on Dow, the Meriwether Sheriff’s Office issued a press release indicating they were looking for three or four black males and one black female.

Both of Dow’s arms were broken, all the fingers of one hand were broken, and she was set on fire. Despite her injuries, she doused the flames herself and then called 911. She underwent one surgery last week and is scheduled for another this week. Her family has said she has a long recovery ahead.

Last Sunday morning, Smith visited both of Lone Oak’s churches, Allen-Lee Memorial United Methodist and St. Paul CME, to offer assurances to area residents and to ask for information that might help find those who attacked Dow.

At Allen-Lee, Smith said the Meriwether, Coweta, LaGrange and GBI forces were collaborating to identify suspects in the case.

Smith described the crime against Dow as “the most brutal, savage attack … in what she considers her safe place, her home.” He also spoke of Dow’s resilience, noting she gave officers information that will be helpful in solving the case.

“What could we possibly say about her tenacity and her courage?” the sheriff asked.

Smith did encourage his audience to be careful and to report anything that seems amiss. “If it doesn’t look right, if it doesn’t sound right, don’t hesitate. Call 911,” he advised.

A love offering for the Dow family was collected at the close of the Sunday service at Allen-Lee. A collection also was taken at Emory Chapel United Methodist Church in the Dresden community west of Newnan. Richard Campbell, pastor at Emory Chapel since June, knows Dot Dow, having served as pastor at Allen-Lee from 2002-2007.

Paul Parker, owner of the County Line Cafe in Luthersville, said the restaurant’s patrons also contributed to help the Dow family with expenses.