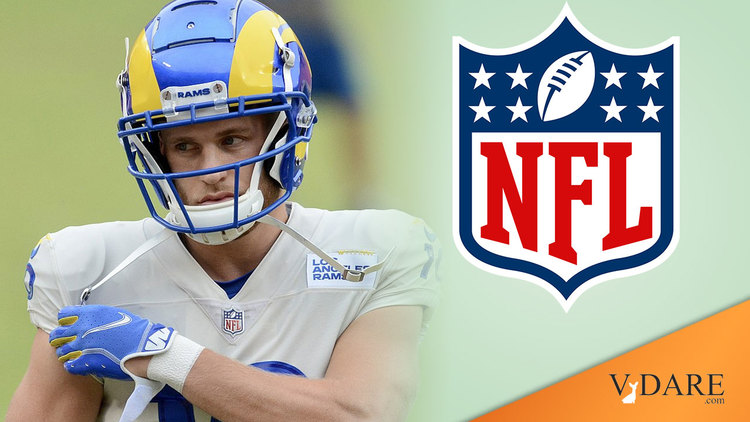 The last white player to lead the NFL in yards receiving was future Congressman Steve Largent back in 1985 and 1979. But this year Cooper Kupp of the Los Angeles Rams has a league-leading 1625 yards (along with 122 receptions and 14 touchdown catches) through 14 games. With the expansion of the schedule to 17 games this year, he has a decent chance of being the first receiver with 2000 yards in a season. Having averaged 116 yards per game so far, he’d need to average 125 YPG in the last three games.

But who knows whether they’ll manage to play out all 17 games?