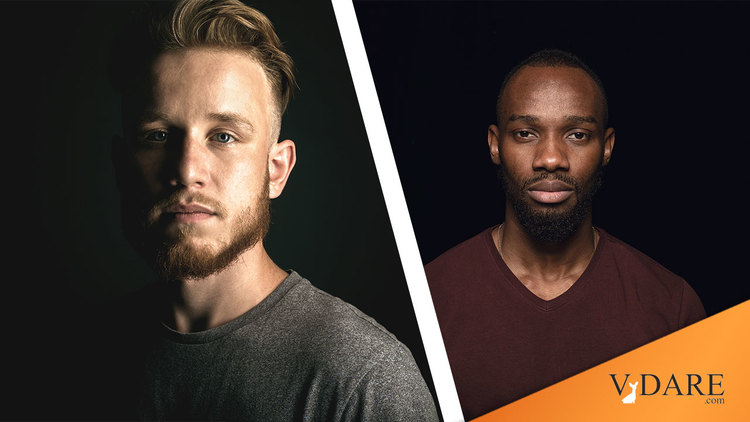 Black Is Black And White Is White: "Genetic Ancestry And Social Race Are Nearly Interchangeable" I’d never heard the expression “violin plot” before, but it’s a good way to show a point I’ve been trying to get across for 20 years: when analyzed with modern genetic assays, there is surprisingly little overlap between non-Hispanic Americans who identify as white versus black.

It’s commonly said that Race Does Not Exist because social science statistics are collected based on self-identification rather than on genetic testing.

Indeed, I once planned to write the definitive take-down of how standard U.S. racial categories are absurd when viewed through the rapidly improving lens of genetic science. But I wound up concluding that, to my surprise, the Census Bureau’s categories were good enough for government work.

These results are similar to those found in other recent admixture studies of young people.

In any case, if you dropped out of the black sample the not all that black blacks like Barack Obama and just included the highly black blacks like Michelle Obama, you’d wind up with even bigger race gaps in behavior than you do with our current system of self-identification.