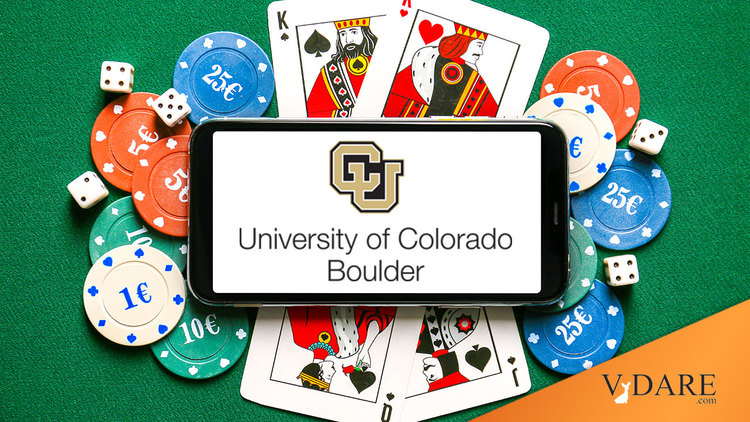 Colleges Are Now Promoting Sports Gambling Among Their Students

In order to reap millions of dollars in fees, universities are partnering with betting companies to introduce their students and sports fans to online gambling.

… And when the University of Colorado Boulder in 2020 accepted $1.6 million to promote sports gambling on campus, a betting company sweetened the deal by offering the school an extra $30 every time someone downloaded the company’s app and used a promotional code to place a bet.

All three deals were part of a far-reaching but secretive campaign by the nascent online sports-gambling industry. Ever since the Supreme Court’s decision in 2018 to let states legalize such betting, gambling companies have been racing to convert traditional casino customers, fantasy sports aficionados and players of online games into a new generation of digital gamblers. Major universities, with their tens of thousands of alumni and a captive audience of easy-to-reach students, have emerged as an especially enticing target.

So far, at least eight universities have become partners with online sports-betting companies, or sportsbooks, many in the last year, with more expected. …

Louisiana State in January sent a mass email to, among others, students who were not yet 21, the legal betting age in the state.

“Tigers fans, rejoice!” the email began. It promised $300 in free bets for anyone who placed an initial $20 wager.

… Some faculty members were upset that the university [Colorado] had a financial incentive to encourage gambling among its students. Mr. Hornstein, the professor who leads the school’s Intercollegiate Athletics Council, said the council eventually persuaded university officials not to pour the proceeds from the $30 referral bonus into the athletic department.

“We came up with the idea that the money from the referral bonus could actually go toward diversity and inclusion and equity [DIE] efforts at the university, in particular because a lot of the money in athletics are made from underrepresented minorities,” Mr. Hornstein said. A spokesman for the university’s chancellor, Philip DiStefano, confirmed that some of the money will be used to expand mental health and diversity initiatives.

I wrote an article about gambling two decades ago. My recollection is that the great majority of the public don’t have a gambling problem (or at least didn’t with turn of the century level gambling access — e.g., to research the story I had to drive 80 miles from Los Angeles to the nearest Indian casino, in San Bernardino). On the other hand, a few percent of the public can wreck their lives over gambling.

A couple of friends from the Boy Scouts managed to lose $800 betting on sports in high school in the 1970s, when that was a significant amount of money, and had to have their dads bail them out to keep their legs from being broken.

Now you can gamble over your phone anytime anywhere.