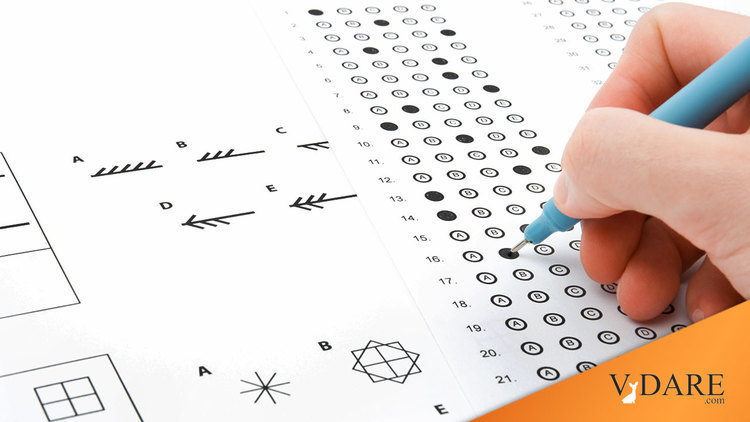 Colby Cosh On IQ Denialism: "It Is An Article Of Liberal Faith..." Colby Cosh writes, in the post about IQ in the cold climate in Japan mentioned by Steve Sailer below, something I think is funny, especially since I've been rereading Dan Seligman's A Question of Intelligence: The IQ Debate in America.

It is an article of liberal faith that IQ is a bogus tool cooked up by white supremacists to justify imperialism and slavery. I am happy to nod along, but the monsters who developed IQ tests certainly never planned on creating strife between the two ends of Honshu Island. Kenya Kura’s study demonstrates the usual statistical connections between IQ and social outcomes, including physical height, income, and divorce and homicide rates. IQ may be a phony racist artifact, but if shoe size predicted life success as well as those stupid little logic puzzles do, every middle-class parent you know would have one of those Brannock foot-measuring thingies mounted proudly on the wall. That is why IQ persists in the top drawer of the psychometrics toolbox.[The Evolutionary Advantages Of A Cold Climate, Macleans, October 28, 2013]

IQ predicts homicide rates? Who knew? And that's in Japan, where they practically don't have a homicide rate.