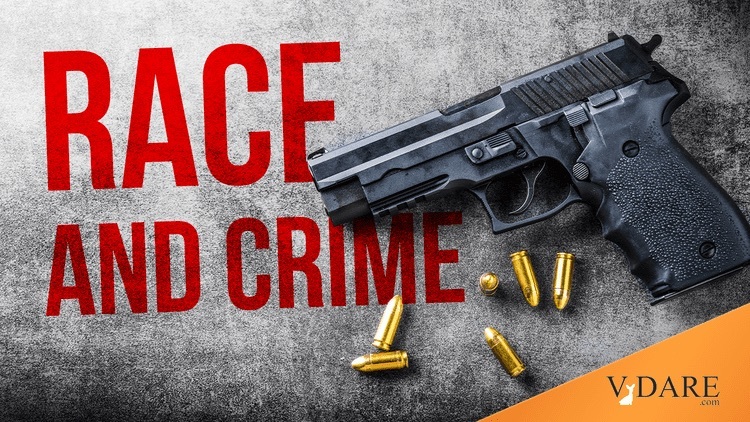 Civil Rights Law Doesn't Care If You Die, Continued: Fair Housing Act Forbids Realtors To Tell You That You're Moving Into A High-Crime Neighborhood

In 2008, I did an article called Civil Rights Law Doesn’t Care If You Die, In which I explained that no matter how many armed robberies and murders are committed by African-Americans, neither taxi-drivers nor jewelers are allowed to exercise anything like reasonable prudence in who they let into their taxi or jewelery store.

And no matter how much of Arab terrorism is committed by, you know, actual Arabs, no one in the TSA is allowed to look twice at an Arab, unless he has 3.5 ounces of hair gel.

A good real estate agent is very familiar with the neighborhoods where he or she shows properties. But because of legislation called the Fair Housing Act, the agent can't legally share all of that information with you.

Why the restrictions? The government wants to make sure that home purchase decisions are based on a property's fair market value and not factors such as race, religion or ethnicity. In other words, the law is meant to stop agents from steering clients toward or away from certain neighborhoods.[What a Real Estate Agent Can't Tell You, By Stacey Bradford, AOl Real Estate, December 6, 2010]

The Do-Not-Ask List includes household income, schools, religion, and environmental concerns, (whether a home is near a Superfund site)all of which have "disparate impact."

That is, it would be legal to discriminate on the basis of lower household income or PCBs, if it weren't for the fact that those factors are linked to to minority neighborhoods.

If the agent isn't allowed to answer your question, she can only suggest that you do some research yourself. They're not allowed to say anything about the local schools, and all they can do is suggest you look them up on Greatschools.net.(This, by the way, will give parents the exact racial makeup of the school, usually with a handy pie chart, because the information the realtor is forbidden to provide is information the schools are required to make public.)

Finally, and worst of all, there's

Crime statistics: Surely an agent can answer questions about local crime statistics, right? That's pretty public information. But it turns out that even this data is considered a sensitive topic under the Fair Housing Act.

Once again, buyers have to do their own research to find out if a certain neighborhood is considered safe. Homebuyers can find crime statistics online, including where sex offenders live, by logging onto Family Watchdog.

Klein also recommends that his clients pay a visit to the local police precinct and walk around the neighborhood to get a feel for it at during different times of the day.

Right. There's a slight problem with that, which is that if you do this investigative process in a really bad neighborhood, you may die.

But the Realtor won't be liable—she was just obeying the law.