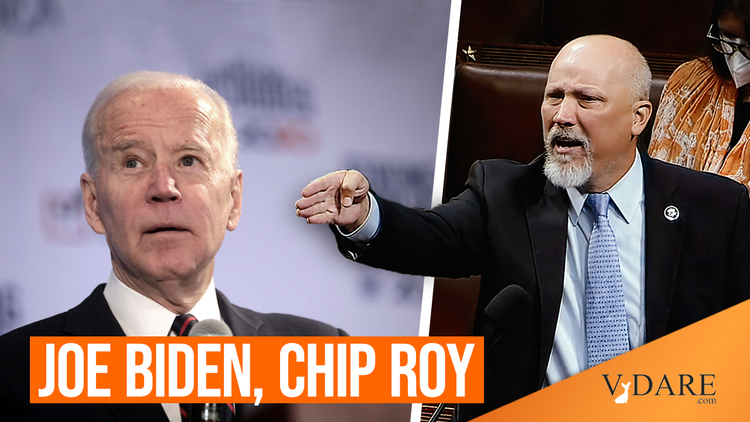 Earlier: Chip Roy Has A Good Border Proposal—But It Could Be Better

Representative Chip Roy was on Mark Levin and he acted like he had to have read my work on the Parole Amnesty and my criticism of his H.R. 29, the Border Safety and Security Act, and the Act’s failure to address the illegal use of parole by the Biden Regime to create another avenue of immigration for aliens for whom there is no lawful avenue to immigrate to the United States.

America is under siege by both cartels and our own politicians. Since day one of his presidency Joe Biden has made it clear that he would rather allow cartels to control our border than be vulnerable to political attacks from the left.

As a result, we have experienced the largest border security crisis in modern American history. The Secretary of Homeland Security has perpetuated this crisis through “encounter and release” policies that ignore our laws and put both Americans and the migrants seeking to come here in danger…

The problem is that the Biden administration has used asylum as the exception to swallow the rule of border security; now hundreds of thousands arrive at our southern border each month.

Secretary Mayorkas has released between 1-2 million illegal migrants into American communities, heavily through an abuse of parole authority which is supposed to be used on a “case-by-case” basis.

The only question is "Has Representative Roy updated his proposed legislation?" I don’t know at this time. He obviously knows about the parole amnesty, but his legislation at the time of my review of it did not address parole specifically, especially those aliens who appear at Ports-of-Entry (POE) using the CBP-One application, the Central American Minors (CAM) program, or the special parole program for Nicaraguans, Venezuelans, Cubans, and Haitians. But Representative Roy has the opportunity, with the debt ceiling having been reached, to attach an improved version of his legislation to the raising of the debt limit.

Representative Roy, America turns its eyes to you in this time of danger. Action this day!