Chelsea is a city of 37,000 located across the river from Boston. It is now 62 percent Hispanic, having begun to diversify in the 1970s.

Chelsea appears to have gotten a head start on the alien kiddie deluge, with the first wave arriving over the last school year. The fall enrollment started at 5500, but ended up with 6200, 285 of whom arrived from abroad and 25 direct from the border zone. And they are needy newbies, requiring Spanish-speaking teachers, tutors and counselors. These new hires come at the cost of existing programs.

But no dollar amount is given for the taxpayer cost for the education and treatment of the foreign children. Now resources are being shunted from American kids to the foreigners until the time when taxes are raised to pay for the increased diversity. 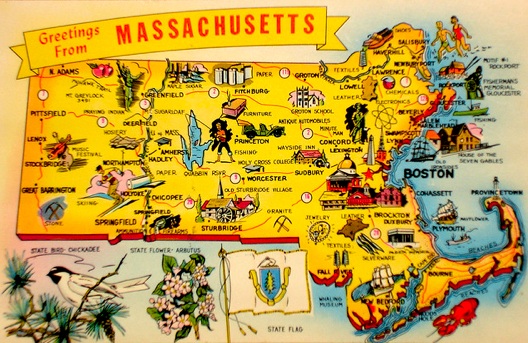 Furthermore, it’s hard to imagine that the citizen kids are getting an adequate education in the midst of the general turmoil and distraction for teachers and administrators.

Tens of thousands of children have come across the border on their own in the past year. Many of them are now finding their way to communities around Boston.

Chelsea is ground zero for this wave of children, many undocumented immigrants, coming from Honduras, El Salvador and Guatemala.

“There’s been a dramatic increase for us from January of this year through the closing of schools which was last week,” says Chelsea Schools Superintendent Dr. Mary Bourque.

Schools in this city are bursting at the seams. At the start of this past school year, Chelsea had 5500 students. They ended with 6200. 285 of those new students came from outside the country. While another 75 arrived through Texas and Arizona, home to the crowded detention centers where the children are being housed as they cross.

“It’s a big strain in terms of being able to address the needs without knowing ahead of time that those will be the needs,” Bourque says.

Chelsea is committed to assisting and educating these students, many who fled their native countries to escape extreme gang violence. Still, the obligation does not come without a cost.

Bourque has had to hire extra teachers as well as expand tutoring and mental health programs. They are running low on space in school buildings.

At Massachusetts General Hospital’s Chelsea clinic, Dr. Brent Ragar has also noticed the dramatic shift. And while some stories have happy endings with children and parents reunited, many other kids come with severe emotional trauma or physical problems like malnutrition.

“The background they come from is not great,” he says. “They are surrounded by violence, a lot of them do report that they’ve been the sexual abuse even in their own country.”

Chelsea is a city of immigrants. Still, Bourque and others like the Chelsea Collaborative cannot remember another wave like this.

And they stress, this is not just a Chelsea issue. Other communities are also seeing these young immigrants and while the costs are hard to calculate, the steady stream of young people entering this country does not appear to be subsiding.

“We do not exist in a vacuum,” Bourque says. “What we see and experience will have tentacles and will have an impact in other aspects and other areas of society.”