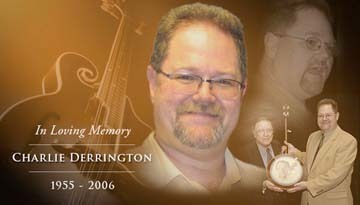 Sadly, the death was preceded by a familiar litany of illegal immigrant crimes on the part of the killer. Villasana was drunk at three times the legal limit, with a blood alcohol level of 0.23. He has been a habitual criminal, including four DUI arrests and and 14 deportations.

For Susan Derrington (shown in court), the sudden death of her husband plunged her into a terrible darkness.

Losing her husband of 24 years, she said, has been almost unbearable.

"Just getting out of bed at times has been a daunting task," Susan Derrington said. "I missed two months of work because I could barely function." [Illegal immigrant sentenced to 25 years in fatal DUI wreck, Tennessean 7/21/07]

She also understood the immigration aspect of the crime due to Washington malfeasance, remarking, "I'm very much in favor of closing the borders."

The good news is that Villasana was sentenced to the maximum sentence possible, 25 years. The bad news is that Tennessee law permits parole after only 30 percent of the sentence has been served.