Census: Over Half of Asians in US Have College Degrees; Mexicans Only 9.1 Percent 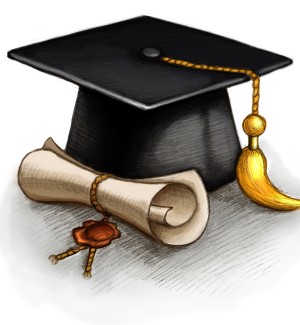 The Census released an interesting paper on Thursday, The Population With a Bachelor’s Degree or Higher by Race and Hispanic Origin: 2006–2010.

Reuters had a little blurb, which highlighted the smart, successful groups:

Asians are the most highly educated group of Americans, with more than half with a bachelors degrees or higher, the Census Bureau reported on Thursday.

Among groups of Asian Americans 25 and older, 74 percent of Taiwanese and 71 percent of Indians had at least a bachelors degree, the agency said as part of its release of American Community Survey data on hundreds of racial, tribal and Hispanic groups.

The comparable figure for the U.S. population overall is 28 percent.

Several Southeast Asian groups fell behind the overall U.S. rate for a bachelors degree or higher. They included Vietnamese at 26 percent, Cambodian and Hmong at about 14 percent and Laotian at 12 percent.

Among all groups surveyed, Salvadorans had the lowest percentage with a bachelors degree or higher, at 8 percent.

The Reuters report was a quickie rewrite of the Census own press release (New ACS Brief [PDF] Looks at Differences in Bachelors Degree or Higher Attainment Among Race and Hispanic Origin Groups) which has the usual upbeat slant on diversity in America.

The latest offering follows the familiar pro-diversity template. An inquiring citizen who is concerned with demographic change might reasonably ask, What is the college graduation rate of the largest nationality group of immigrants, the Mexicans?

Mexican-born immigrants are estimated to number more than 15 million, leaving aside the many millions more who self-identify as Mexicans because of their family background.

The Census report does include the proportion of Mexicans who have BA degrees or better in Table 2 of the new report 9.1 percent. That number is just a tiny bit higher than the rock bottom Salvadorans (7.8 percent) which the Census did mention briefly in its press release. Between those groups are the Guatemalans, with 8.7 percent. Those three nationalities of hispanics score in single digits; the rest reach double digits in a list of 19. Even the Hondurans, who come from a very poor country, squeaked up to 10.3 percent having bachelors degrees.

The moral is that the Census provides some interesting statistics, but you have to look for them.