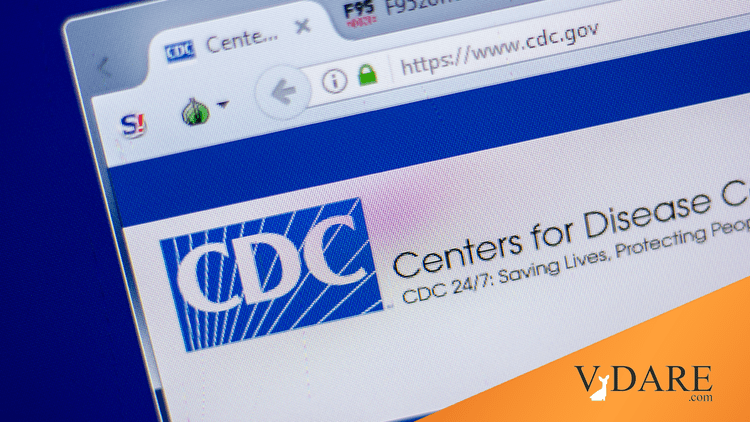 When did the old consensus that the germ was spread more by touching things than by talking to people crack up?

My recollection: Back on April 1, I wrote about how I was excited that a team of German scientists would be studying in excruciating detail the spread of the virus in hard-hit Gangelt in the Heinsberg district. To my surprise, on April 9, I posted their preliminary findings:

German Scientists: Virus Is Spread Less by Work Than by Fun

… So if these German scientists are right (and they might not be, but I’ve been looking forward to their findings since April 1 because this is a serious effort), then restarting the economy will be easier than restarting the society, which is good news and bad news. We ought to be able to get back to work sooner, but how are new couples going to meet?

So it’s good to see that this tidal wave of evidence has finally gotten through to the CDC and the mass media, but it would have been better if stubbornness hadn’t kept the old ill-informed assumptions in place so long.

I’m sure some people beat Herr Professor Streeck to the punch, but I can recall going through an Agonizing Reappraisal of what I thought I knew about how the virus spread when he held his press conference in early April. For example, in March I repeatedly pointed out the obvious differences in infection rates between ski vacationers and golf vacationers. I would make sure to include après ski as a possible reason for this giant gap, but tended, in the spirit of the age, to think more about the Fomite Menace.

Why did Streeck’s findings come as such a surprise?

But, in general, there didn’t seem to be much in the way of a standard checklist already existent for how to think about what questions to ask about a novel virus. For example, there has been very little 80-20 thinking even though Pareto’s ratio is so often very helpful to improving thought. Very few people asked: Okay, what are the 20% of activities that cause 80% of the spread?

Instead, the Establishment’s thinking shifted in a few days from Don’t Do Anything (except wash your hands and check your white privilege) to Lock Down Now!

Even worse, the conventional wisdom then locked in on lock down, rather than admitting, okay, that was dumb and crude but we didn’t know what else to do at the moment, so let’s figure out what we should reopen as quickly as possible. So, reopen, say, beaches and golf courses, because it was stupid to shut them, but not ski resorts.

Instead, rather than saying, sure, lockdowns were dumb things to do but we were so ignorant at that moment that that was all we could come up with, much of the MSM has doubled down on the idea that lockdowns are a smart thing to do, then, now, and into the indefinite future.

In general, there seemed like a major lack of preparation on what the important questions to answer quickly would be in the case of a novel pandemic. For example, Touching Things vs. Talking to People is an important distinction to figure out, but the Establishment is only wrapping their head around it in later May.

Did public health authorities on December 31, 2019 have a prepared list of important questions to answer in this kind of emergency? I sure haven’t heard of one. I get the impression that much of the Conventional Wisdom is averse to the idea that The Science doesn’t have all the answers already.

Scientists themselves should have tried harder to be immune to this kind of Trust The Science thinking and instead have put more effort into making up lists of questions for which approximate answers needed to be come up with fast to guide decisionmakers toward making less bad decisions.