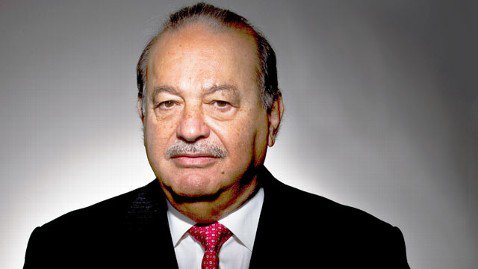 As everybody knows, Mexican telecom monopolist Carlos Slim [formerly Salim] and largest single owner of New York Times stock is of Lebanese Maronite Christian descent through both of his parents.

Interestingly, Slim married a Lebanese girl as well, with whom he had six children before her sad death in 1999.

But only today did I learn Slim’s wife’s maiden name:

Mrs. Slim was a Gemayel on her mother’s side. The name “Gemayel” brings back memories.

Lebanon’s Gemayel Family has its own Wikipedia page, with eleven members of the family having individual Wiki pages.

If you followed Israel’s invasion of Lebanon in 1982 and America’s subsequent misadventure in Lebanon, you’ll remember hearing the name Gemayel.

Sheik Pierre’s son Bashir Gemayel was the most ferocious Christian warlord of Lebanon’s civil war that began in 1975. (Above is Geraldo Rivera’s 1982 interview with Bashir.) It should be kept in mind that much of Bashir’s violence was devoted less to fighting Muslims than to making the Gemayels supreme over the other Christian warlord clans, such as the Chamouns.

(One of my readers once worked for the State Department and was in charge of babysitting a young member of one of these elite Christian clans eventually overwhelmed by the Gemayels. [I think he was a Chamoun, but my recollection could be faulty.] To pass the time, my reader took the young Lebanese to see The Godfather. His charge was shaken by the movie, saying afterwards: “That’s exactly like my family.” But, as it turned out, they weren’t quite Corleoney enough to stop the rise of the Gemayels.) 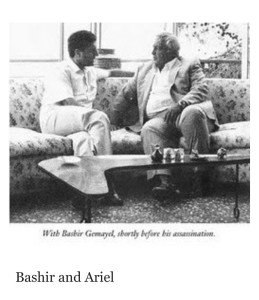 And for 22 days in 1982, Bashir was President-elect of Lebanon, with the backing of the Reagan and Begin-Sharon governments.

Liberator. Warlord. Patriot. Power-mad. Those are some of the terms that Bashir Gemayel’s deeply riven countrymen have used to describe their President-elect during his years as a leader of the Christian militia forces.

Part political idealist and part storm trooper, Gemayel, 34, has shown he will use whatever means necessary to achieve his nationalist goals.

But on September 14th, 1982, Bashir was blown up (apparently by a rival Christian). 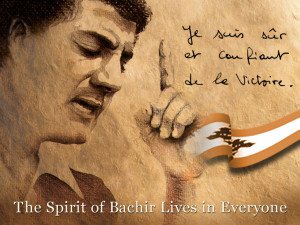 The headline on his obituary in the NYT read:

Bashir Gemayel Lived by the Sword

The notorious massacres in the Sabra and Shatila Palestinian refugee camps in Lebanon were carried out by Bashir’s Phalangists (apparently with Israeli approval) two days after his murder. 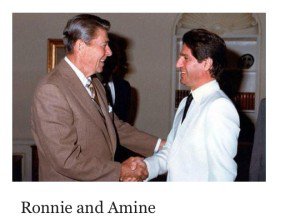 Amine’s son Pierre was assassinated in 2006.

Three sources I’ve found say the late Senora Slim was the niece of Bashir and Amine Gemayel (which would make her the granddaughter of Pierre Gemayel), while another describes her as their cousin. (Or the genealogical relationship could be more distant: people often collapse relationships when recounting them.)

In summary, I’ve been reading up now and then about Carlos Slim for about eight years now, but until today I’d never heard that his wife was a member of the clan that was in the news practically every single day in 1982.

It wouldn’t be good for business.

I’m starting to imagine that, with that kind of ancestry, Carlos and Soumaya’s six children will remain a dynastic force even after their parents are gone.