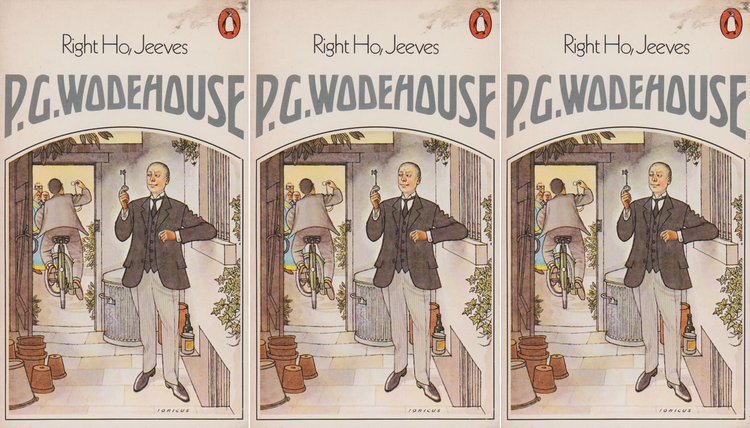 Baseball statistician Bill James popularized the notion of a career arc for a baseball player, which showed that teams had to discipline themselves not to overpay for famous free agents: you shouldn't be offering a five year contract to a 31 year old that's based on  assuming he'll perform as well as he had over the previous five years. In James' analysis, ballplayers peaked at around age 27 (although developments over the last generation might have pushed that peak back a year or so).

Most such analyses of peak age are pretty depressing. By the time you start wondering what the peak age is in your field, you are probably past it.

So, here's a more encouraging table: P.G. Wodehouse's 15 comic novels about Bertie Wooster and his butler Jeeves. Born in late 1881, Wodehouse didn't publish his first Jeeves novel until he was about 37 and published his last in his 90s.

Jeeves novels are good for making apples to apples comparisons of the impact of age on career performance. Usually, changes in style make comparing an artist's work over time mostly a matter of personal taste. How does Steven Spielberg's Lincoln compare to his Jaws? Well, your mileage may vary depending upon whether you like uplift or terror. Jeeves novels, however, are all written in a single style to a single standard with a single intention: to please readers.

Goodreads offers ratings by an average of 3,751 readers for each Jeeves novel. On a 1 to 5 scale, the average Jeeves novel is rated 4.24. In the table below, red numbers are ratings below the mean of 4.24, black numbers above the mean.

The consistency of ratings over time is the most striking fact. But a few temporal patterns can be discerned due to the huge sample sizes of raters. My Man Jeeves at age 37 was a rookie effort, falling 0.13 points below his career mean. Wodehouse hit a long peak from his early 40s into his early 60s with six straight Jeeves novels rated above his career average, but his ratings slip only marginally in his old age.

The peak is probably 1938's (age 56) The Code of the Woosters. The topical political satire of Oswald Mosley, leader of the British Union of Fascist Blackshirts, as Bertie's nemesis Sir Roderick Spode, leader of the Blackshorts, makes the book stand out.

The next novel was 1946's (age 64) Jeeves in the Morning (formerly Joy in the Morning), which Wodehouse had a lot of time to work on while he was interned by the Nazis (he was caught at his beach home in France in 1940). It has equally high ratings as Code of the Woosters, although fewer raters. In 1982, Alexander Cockburn designated Code and Morning to be the peaks of the series.

Ring for Jeeves (age 71) is the most obvious dud, but Wodehouse rebounded well. For example, Stiff Upper Lip, Jeeves, published when he was about age 81, garnered above average ratings from over 3,000 raters. That's pretty extraordinary.

Statistically minded Wodehouse fans can do the same exercise for his Blandings Castle novels.

Here's the Goodreads page for Patrick O'Brian's Aubrey-Maturin 20 sea story novels. The first, Master and Commander, published when he was 54, has the lowest rating, 4.07 out of 5. (It offers a lot of nautical know-how. Is there a better introduction to the series?)

O'Brian appears to have hit his peak in his sixties and then maintained something close to that into his eighties. The highest rated book, The Letter of Marque (4.40), was published at age 73.

(By the way, a five-point scale isn't fine enough for high-quality series like Wodehouse and O'Brian.)

On the other hand, the number of raters falls with each book published, suggesting that readers typically start at the beginning of the series and only the most hardcore fans finish all 20 books. So, once again, the ratings of the later books may be a little generous due to a selection effect.