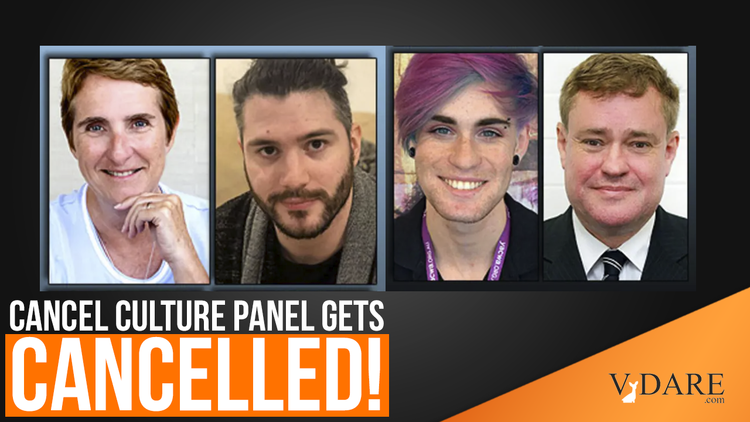 Cancel Culture Conference Canceled In Australia: It Might Have "Upset Some Viewers" 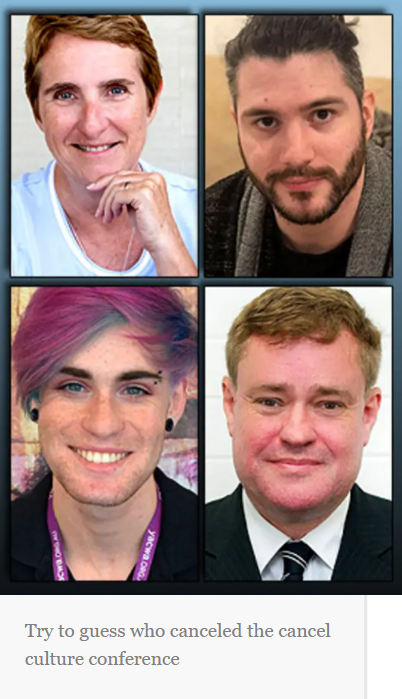 A high-profile legal academic has accused the State Library of WA of “censoring” a panel on cancel culture after a livestream of the discussion was canned amid fears it would upset some viewers.

Dr Zimmermann, a law professor and president of the WA Legal Theory Association, is a self-confessed libertarian best known for his views on freedom of speech.

The panel was organised to discuss the notion of ‘cancel culture’ – where people are ostracised, largely online, over controversial views or actions – as part of the library’s Disrupted Festival of Ideas, and was moderated by Murdoch University lecturer Catherine Archer.

“What is cancel culture? Does cancel culture actually exist? Is it just a term utilised by the alt-right and boomer power brokers to crush dissent by militant millennials?” the program read.

Schweizer is the square-jawed Person of Purple in the lower left corner.

As part of this year’s festival, panels on the main stage of the library were to be broadcast online, subject to permission from the speakers.

But a SLWA spokesman said the livestream of the cancel culture discussion, held on Saturday, had been cancelled due to one of the panellists not giving permission for it to air ahead of the event.

The spokesman said the panellist was concerned the discussion could upset some of his followers on social media. …

Mr Paton told WAtoday he was not asked about the decision to cancel the livestream, but said Mr Schweizer was concerned participants would raise topics “that might have been disturbing”.

“I think Kai was, very specifically [saying], ‘My priority is a vulnerable community and I don’t want to give trans people another reason to feel like they are outcast again’,” he said.

Shrinking violets like Schweizer need to be protected from the Free Speech Menace.