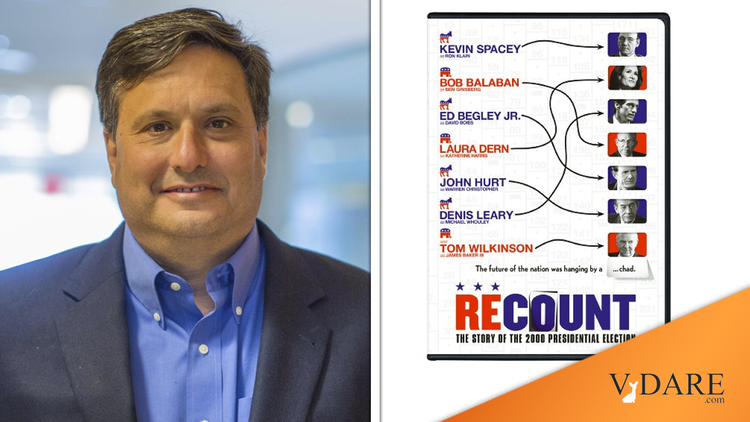 Earlier, by Ann Coulter: The Democrats’ Guide to Losing Gracefully

Ron Klain's resume: From recounts to stimulus to Ebola https://t.co/nozP2UPBUV via @usatoday

New Biden chief-of-staff Ron Klain was played in the 2008 movie Recount by Kevin Spacey, so you just know Klain’s a trustworthy kind of guy.

Klain was Al Gore’s chief of staff in 1995-1999 (iirc) and he still appears sore about the failure of Gore’s 35 days of trying to overthrow the results of the 2000 election:

.@voxdotcom That's because they are.

But Klain’s refusal 14 years later to admit his guy lost is not “undermining democracy” because the whole point of democracy is to elect Democrats. If democracy fails to elect a Democrat then it’s not democracy. QED.

Post
The World's Most Famous Atheist Has Been Canceled By The American Humanist Association for His Lack Of True Faith In The Holiest Of Humans: Transgenders and Blacks