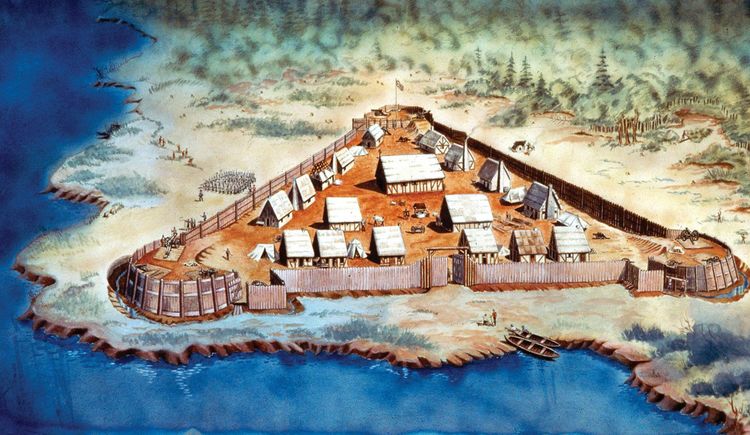 Bush On Jamestown: Christianity Out, Wilsonianism (Trotskyism?) In

President Bush's address at the Jamestown 400th anniversary ceremony yesterday did not mention the English settlers' committment to spead Christianity, an interesting snub to the Christian groups who had made it clear they expected some acknowledgement after discovering religion had been purged, along with much else, by PC Jamestown bureaucrats. (More in excellent WorldNetDaily article here.

At VDARE.COM, named after one of the Jamestown settlers' precursors in the Lost Colony, we are sort of relieved that the President's speechwriters at least allowed him to acknowledge that the settlers were, well, English. He even admitted that America and Britain are "united" by a common heritage - but that heritage, in his opinion, is not national or cultural but foreign war under the slogan of "democracy". His conclusion:

Over the years, these values have defined our two countries. Yet they are more than just American values and British values, or Western values. They are universal values that come from a power greater than any man or any country. (Applause.) These values took root at Jamestown four centuries ago. They have flourished across our land, and one day they will flourish in every land.

They will? This would have been a surprise to the Jamestown settlers, and to the Founding Fathers. President Bush did not specify the "power greater than any man or any country", but it appears to be the messianic ghost of Woodrow Wilson. Or possibly Leon Trotsky.

Even at this late point in his disastrous Presidency, Bush continues to cling to his weird "Invade the World - Invite The World" Grand Strategy.