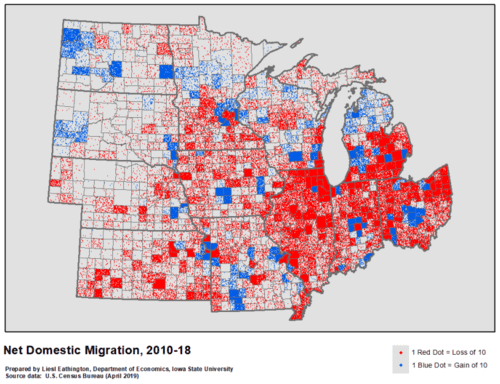 The Great Exodus from Illinois 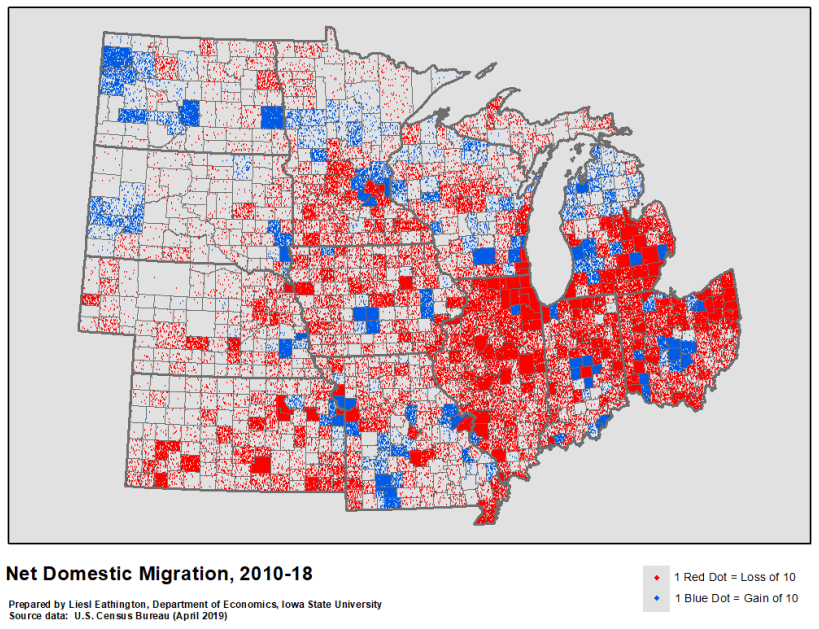 Last is domestic migration (moving from one place to another in the U.S.).

Each red dot represents 10 Americans moving out of the county.

Thanks goodness, community organizers from Illinois, such as Obama, Jarrett, Emanuel, Daley, and Duncan, were running the federal government from 2009-2017, bringing the rest of us those magic lessons that have catapulted Illinois to the top of the charts for citizens fleeing.

The one county in the northern half of Illinois that had more Americans move in is Kendall County in the southwest exurbs of Chicago. It’s like a suburb for prosperous Chicago suburbs like Naperville.