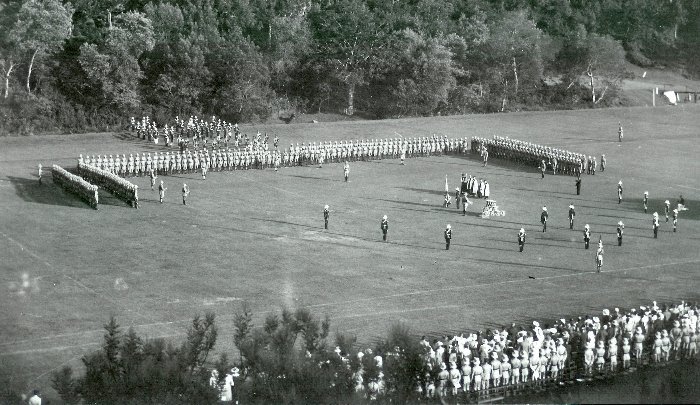 There’s a movement to reclassify Hassan as an “enemy combatant.”

Derb points out that

Fort Hood was not a combat zone, the dead and wounded were not equipped for combat, and Hasan was not by any reasonable definition an enemy combatant under enemy command. He was a soldier who murdered his comrades. It's a thing that happens in armies, always has and always will, until all passion and folly have been purged from the human race. I refer you to Rudyard Kipling's fine poem "Danny Deever," about the outcome of just such a case of military murder.

They are hangin' Danny Deever, you must mark 'im to 'is place,

For 'e shot a comrade sleepin' — you must look 'im in the face;

Nine 'undred of 'is county an' the regiment's disgrace,

While they're hangin' Danny Deever in the mornin'.

After four years, Major Hasan’s trial has  barely started, and Asan Akbar, who committed a grenade murder on some comrades in Kuwait (killing two, wounding 14) of over ten years ago has still not been executed. It’s possible that neither man will ever be executed.

Compare that with the hanging described by Kipling: "Danny Deever"  is supposed to have been based on a real incident in the 1st Battalion of the Leicestershire Regiment in India.

On Monday, January 10, 1887 Private George Flaxman was publicly hanged for the murder of  Lance Sergeant William Carmody …which had taken place on September 9, 1886. That was four months and one day after the murder.