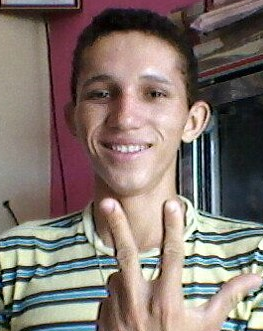 In the diverse non-American world, soccer sometimes becomes surprisingly violent among its devotees, and can also express nationalism in negative ways. (In 1969, Honduras and El Salvador fought a war over soccer, although the root cause had more to do with illegal immigration.)

In Brazil last month, rabid soccer fans went positively medieval. Two men were killed, one of whom ended up dismembered with his head on a stick. A referee, 20-year-old Octavio da Silva Catanhede Jordan (pictured) fatally stabbed a player during an argument over a call, after which the fans rushed the field and sliced him up. Apparently the fans didn’t think of performing a citizens’ arrest until police arrived.

Of course there are photos on a Brazilian blog, although mercifully small and blurry.

What can the Olympic Committee be thinking at this point? They chose Brazil for the 2016 Summer Games, in an act of liberal do-goodery to convince the country to shape up, a strategy which was semi-effective with Red China in 2008. The PRC managed to put on a decent show with only minimal arrests of western journalists and the amount of cheatingone might expect under a totalitarian state.

Brazil struggles with a growing lawless underclass and attempts at economic growth amid a culture of corruption which the Olympics tend to exacerbate.

Anyway, the Olympics honchos must now be hoping they can get through the Brazil games without a beheading.

Brazilian soccer referee beheaded by angry fans who put his head on a stake after he stabbed player, Daily Mail, July 6, 2013

A soccer referee in Brazil was gruesomely quartered and beheaded after he fatally stabbed a player on the field during a match.

Santos Abreu refused and the argument turned heated when the referee allegedly pulled out a pocket knife and stabbed Santos Abreu multiple times.

The player died en route to the hospital. Fans outraged by the stabbing – believed to be the player’s friends and family – stormed the pitch and cornered Catanhede Jordan.

The mob showed no mercy as they quartered and decapitated the referee and then placed his head on a stake.

A video shows the damage the mob did to Catanhede Jordan, but it is exceptionally graphic.

So far police in Santa Ines, Maranhao have arrested one man, 27-year-old Luis Moraes Souza, in relation to the gruesome crime – but may be looking for two other men named ‘Chiquinho’ and ‘Pirolo’ according to a few other Brazilian blogs.

Valter Costa, police chief of Santa Ines, released a statement about the investigation.

‘Reports of witnesses have indicated some people that were in place at the time of the fact,’ he said. ‘We will identify and hold accountable all those involved. A crime will never justify another. Actions like this do not collaborate with the legality of a state law.’