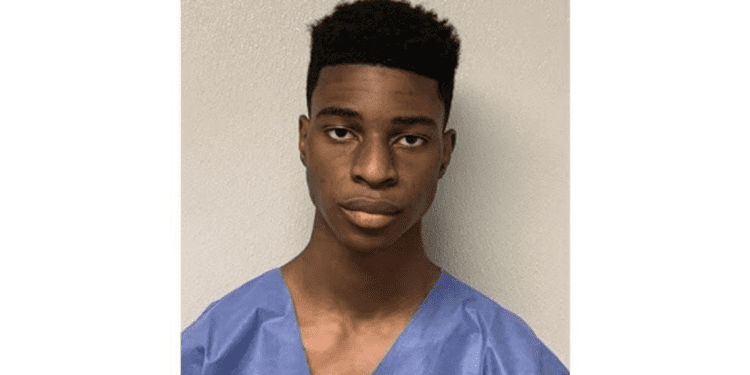 This is not a case of black or African-American crime, the Koromas aren't African-Americans, they're Africans. I can kind of tell this by looking at the young Koroma, but I Googled the name, and I found that Koroma is a specifically Sierra Leonean name, it's the name of several Sierra Leonean musicians, and also of one Sierra Leone's more corrupt ex-presidents.

Reuters in July of last year: "Corruption under former Sierra Leone President Ernest Koroma who stepped down in April took the economy to the brink of collapse, a report commissioned by his successor, President Julius Maada Bio, said on Wednesday."

That's just the traditional "name" clue, but there's more. These Koromas, deceased father and accused son, are related to those Koromas.

From Sierra Leone's The Organiser.net:

Sierra Leonean Barba Koroma Murdered By His Own 17-Year-Old Son in the States!

Sierra Leone's National Grand Coalition NGC party has lost a strong pillar in the person of Dr Barba Koroma who was killed by his 17-year-old son.

Last night in Sierra Leone, NGC party sympathiser Mohamed Jalloh had this to say: "We have lost another progressive Rainbow Soldier Dr Barba Koroma. Our heartfelt sympathy to the family at this difficult time. He is a huge loss to the family, Sierra Leone and the NGC party." Late Barba Koroma was the NGC representative North America. (Photo: Late Dr Barba Koroma, Rest in Peace). Below is the full report on this sad incident:

Preliminarily, on July 26th, around 4:30 pm, City of Bowie Police officers responded to the area of Allen Pond Park in the 3300 blocks of Northview Drive for the report of a domestic incident involving a vehicle collision. Once on scene, they discovered an SUV that had crashed into a fence.

In a wooded area very near to the collision site, the victim was located on the ground suffering from trauma to the body. Prince George’s County Fire and EMS arrived and despite all lifesaving measures, the victim was pronounced dead on the scene.

Patrol officers also located the suspect his son Barba Koroma Jr on scene walking out of the wooded area. He was transported to a local hospital where he was treated for minor injuries and released. He was then transported to the PGPD Homicide Unit for questioning. [More]

I don't know what a Sierra Leonean politician was doing in the US, or why his son might have murdered him, but it's clearly a much more interesting story than WJLA makes out.