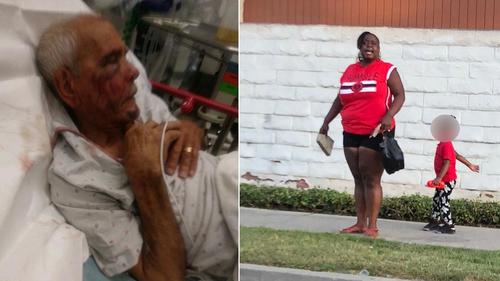 Blacks May Not Care About Immigration, But They REALLY Don't Like Immigrants

Below, in Blacks For Open Borders!, Audacious Epigone notes that black voters don't see immigration as one of their most important issues. But

A  story about a woman assaulting an Hispanic, 92 year old man was in the headlines last week. The black woman who assaulted the man said that he pushed her daughter. She attacked and told him to go back to his own country according to numerous media sources. Four males joined the woman in the attack and one can assume they were black people. [Woman charged with attempted murder in beating of man, 92, with brick, CBS News July 13, 2018 W]

The incident occurred in Willowbrook which is in South Central LA. It is near Compton and Watts where the riots occurred in 1965. This area was solidly Black in the Sixties but it is now two thirds Hispanic.

Are blacks happy about the transformation of their turf? Apparently, at least one black woman and four black men are not. The primary assailant has been charged with attempted murder.

Demographic invasions do not have happy endings.