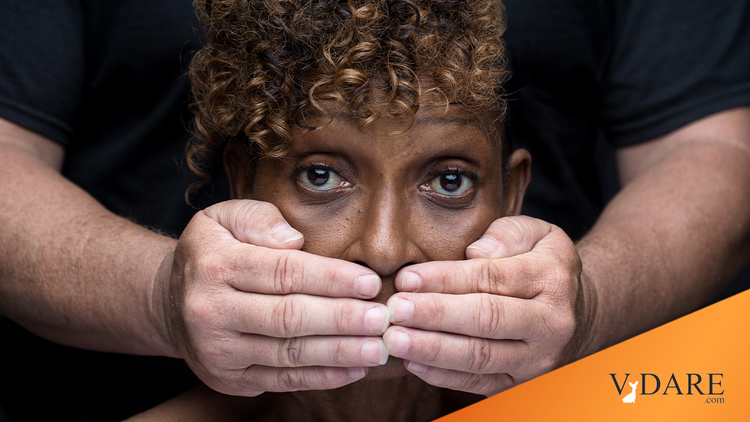 Earlier: WaPo Editrix Karen Attiah: White Women Are Lucky That We Are Just Calling Them "Karen's" [sic] and Not Calling for Revenge

Workhorse iSteve content generator Karen Attiah, Global Opinions Editor of the Washington Post, has a Post column brim-full of the wry, humble self-awareness without the slightest hint of megalomania that we’ve all come to associate with black women’s opinionizing:

The plexiglass was also an onstage reminder of the barriers that non-White women face when vying for political power in this country.

Isn’t everything a reminder of how non-white women never get to talk?

… Black women especially have to be seen to be tough, but we aren’t allowed to be angry, even if our anger is justified in a country that too often silences us.

… Will Harris’s audition for the role of vice president capture significant donor dollars in a society that loves to tell Black women that we are worth less than others?

… For Black women, this was, in prime time, like watching Whiteness and the patriarchy at work. Pence’s interruptions of Page and the way he plowed through her attempts to silence him showed his disrespect for her. But the way Page more aggressively tried to limit Harris’s time was all too familiar in how White women can also be complicit in silencing Black women. Americans love to make empowering memes and sound bites showing powerful Black women fighting to reclaim their time, and yet time and space are sometimes the last thing America wants to wants us to have, even when we play by the rules.

… But I wish Black women didn’t have to work so hard. I yearn for an America where non-White women don’t have to battle for the bare minimum: to be allowed to speak.