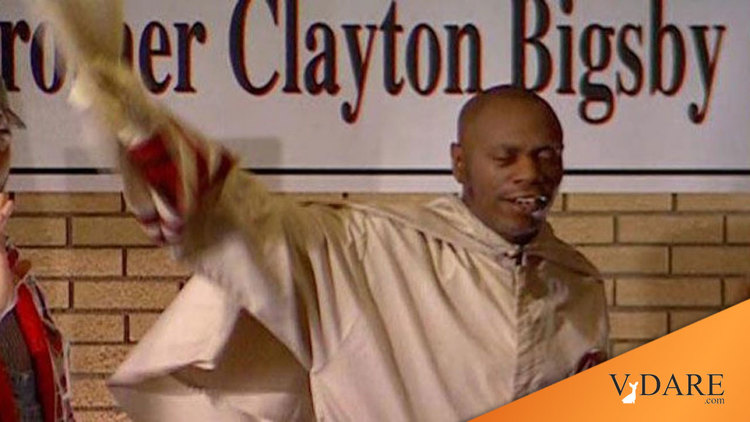 Obviously, this is still the fault of evil white men who dared to put the innocent black woman up to this act…

A Black woman is accused of masquerading as a member of the Ku Klux Klan to terrorize her neighbors.

Terresha Lucas, 30, is charged with eight counts of making terroristic threats, the Douglasville Police Department in Georgia announced in a news release posted on Facebook.

The “racially-charged” notes began to appear in the mailboxes of residents on Manning Drive, in a subdivision called Brookmont, in December, the police department said.

The notes claimed to be written by a member of the Ku Klux Klan and threatened to burn down homes and kill people, police said. The notes described the author as “a six-feet-tall white male with a long, red beard who did not live in the neighborhood,” police added.

But the police department’s investigation led them to Lucas, a Black woman who lives in Brookmont.

The first notes arrived in the mailboxes of two residents on the street on December 21. “The notes threatened to burn their houses down and kill them and said that they didn’t belong in the neighborhood,” Detective Nathan Shumaker said.

Similar notes were placed in the mailboxes of residents in late February and early March.
Shumaker and Andre Futch, another detective who worked the case, went door to door to check doorbell cameras and gather any clues they could. The detectives also walked the neighborhood several times and handed out flyers to Brookmont residents.
“By mid-March, we really didn’t have anything to go on,” Shumaker said.

But he and Futch had determined the notes had similar handwriting, tone and verbiage with some distinctive letters that were consistent throughout.

The investigation stalled until detectives got the break they needed when another note arrived six months later on September 6. Evidence was found linking the notes to the Lucas’ house.

Not more, nothing less.