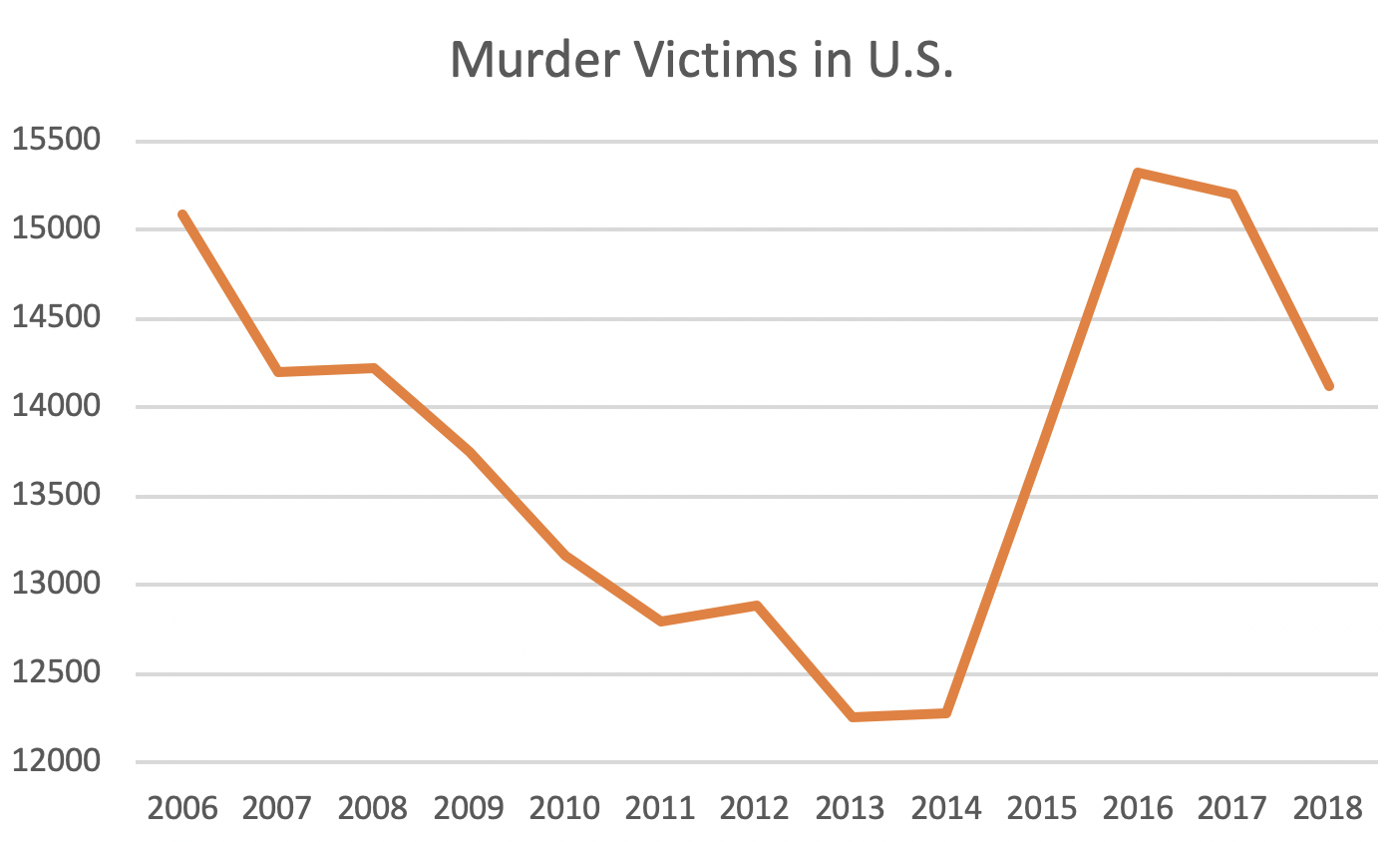 During the rise of Black Lives Matter, the total number of murder victims in the U.S. increased 24.8% from 2014 to 2016. This is not widely known, so I’m putting the data and links in one convenient place.

Here’s a screenshot of the FBI’s latest trend table of the number of murder victims: 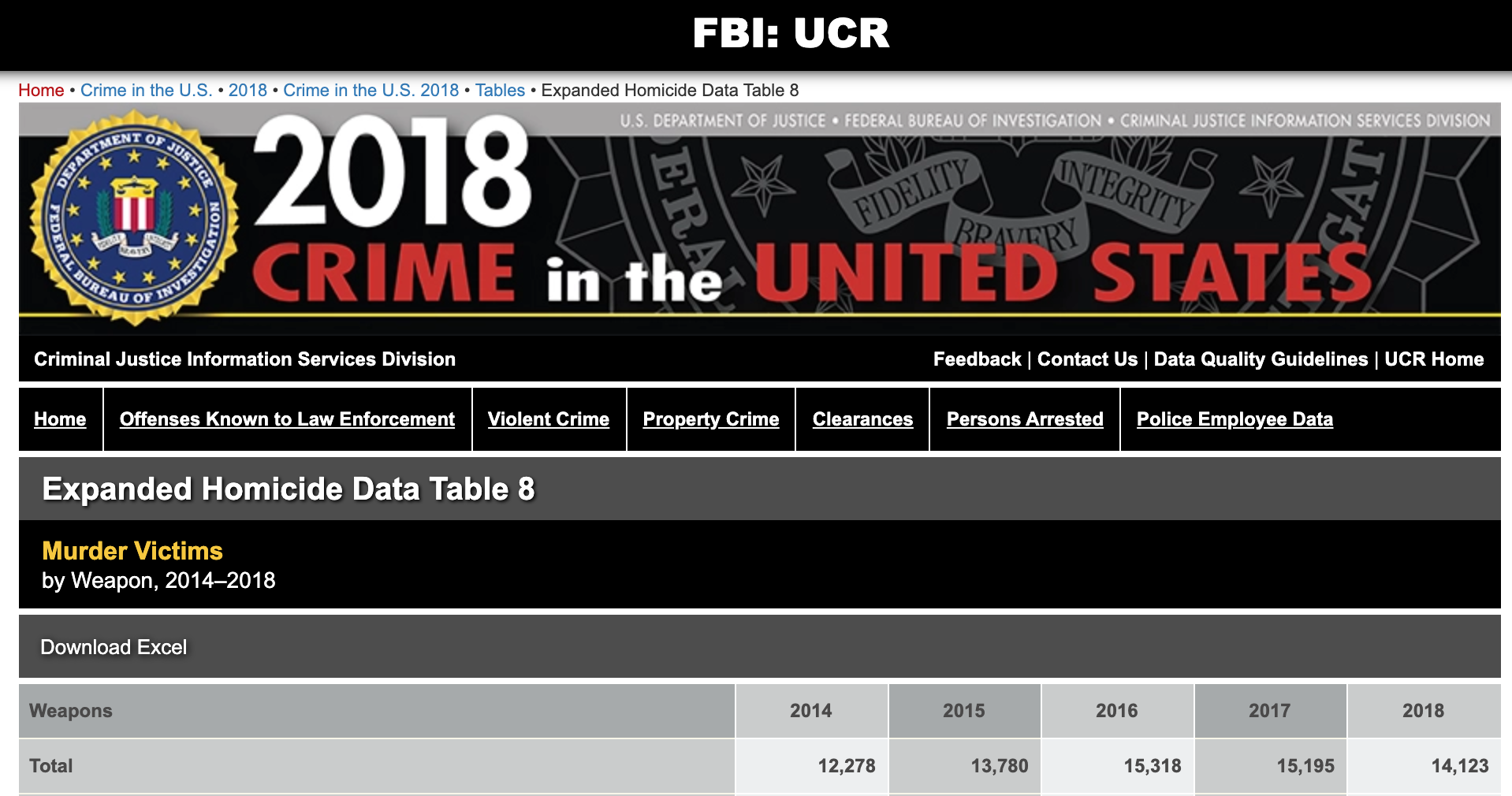 With criminal justice “reform” much in the news, it’s important to point out a fact that the prestige press has gone out of its way to not bring to the attention of readers: That the early returns on this Establishment hobbyhorse have been disastrous: after a number of years of stability or decline, the total number of murder victims in the U.S., according to FBI statistics, suddenly shot up 24.8% from 2014 (the Year of Ferguson and Black Lives Matters) to 2016 (Obama’s last stand):

If, say, half the incremental victims are black, then that number of extra deaths is more than all the lynchings in American history.

And of course, incremental murders have been greatest where Black Lives Matter won its greatest political triumphs, such as in Baltimore, which, although it only represents 0.2% of the country’s population, accounted for 5.0% of America’s incremental murders since 2015, the year of Baltimore’s Freddy Gray riots on April 25, through the end of 2018. From MistyBeach.com:

One complication of counting the number of murder victims is that their numbers tend to rise for a few years, as dead bodies are discovered in shallow graves and violence victims in comas die.