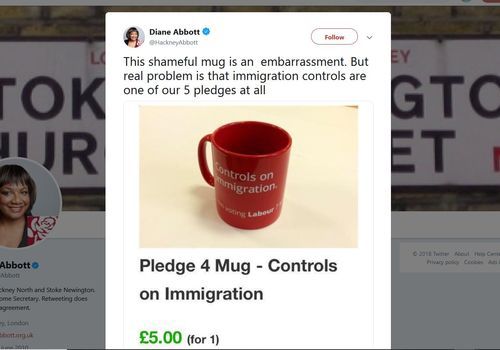 This shameful mug is an embarrassment. But real problem is that immigration controls are one of our 5 pledges at all pic.twitter.com/4xslD22Gcm

Abbott is the child of 1950s Jamaican immigrants, and was the first black woman elected to Parliament in 1987. It's not surprising she feels that way.

What is significant is that the Labour Government has found it necessary to make this pledge. Labour may not have seen the light on immigration, but they're feeling the heat generated by, among other factors, Nigel Farage's UKIP candidacy.