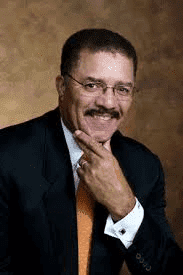 As Peter Brimelow noted in Time To Rethink Martin Luther King Day the pedestal of privilege upon which American Blacks who are at all functional have been placed has generally been detrimental to Americans and America. But upon rare occasions it supplies a benefit.

In Adelson behind Israel flap? USA Today January 26 2015 Dewayne Wickham risks his MSM prerogatives to say what no white writer has dared (or would be allowed) to say in such a venue:

I suspect that Sheldon Adelson, the patron saint of both Benjamin Netanyahu and the Republican Party, is the brains behind the GOP decision to invite the Israeli prime minister to address a joint session of Congress in an attempt to scuttle the nuclear deal President Obama is negotiating with Iran.

… according to at least one Israeli newspaper account, Israeli Ambassador Ron Dermer — a former GOP operative and Adelson confidant — bypassed the White House and State Department in suggesting "the idea of the (Netanyahu) speech" to Republican congressional leaders.

Noting that Adelson can be pretty scary

During a 2013 speech at New York's Yeshiva University, he said that rather than negotiate with Iran, Obama should order a nuclear strike on an Iranian desert "that doesn't hurt a soul," and then say the next one will target the middle of Tehran if the Islamic state doesn't accept American terms for a nuclear deal.

I think he has decided to double down in his attempt to shape U.S. foreign policy towards Israel from his Las Vegas gambling den…I think Adelson…is a central character in the collusion between a foreign leader and congressional Republicans that generated this affront to the president of the United States.

VDARE.com admires the Israeli efforts to protect their nation as I most recently said in Why Can’t We Have GOP Women Congresscritters Like MK Ayelet Shaked? And usually we opt out of foreign policy discussions. But the spectacle of a foreign leader being invited to address Congress in order to shift America’s relations with a third country without Presidential approval is quite extraordinary and makes a mockery of Speaker Boehner’s alleged respect for the Constitution.

Of course, since 2013 it has been proven that Adelson owns the GOP House leadership on foreign policy: Syria: Why Are Boehner And Cantor Defying Base And Ignoring Country? Because They Have ADD! So Wickham’s assessment is highly plausible.

Even with the contours of the 2016 Republican presidential primary race finally taking shape, Jewish donors largely remain uncommitted… and are instead waiting to see who will win the support of casino magnate Sheldon Adelson.

This is completely rational of them. If Adelson chooses someone they like, why spend the money? He is clearly willing to do it single handed.

Obviously I was right to suspect in November Obama’s Amnesty By Decree: Has Sheldon Adelson Already Paid The GOP Leadership To Take A Dive?

America is being ruled by a crazy, selfish and excessively rich old man.

Applaud DeWayne Wickham for his courage. It will probably cost him his job.