The shift is happening before our eyes.

As a disproportionate amount of black people die of the Coronavirus across the nation (attributable to genetic differences and, more importantly, poor individual decisions concerning health collectively propelling the death rate higher for blacks), we are going to learn COVID-19 had to be racist. 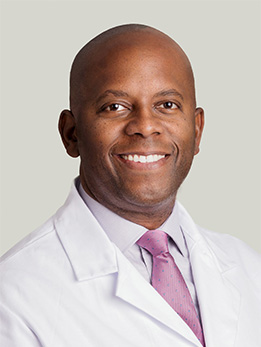 Right? Because race is just a social construct, so there’s absolutely no reason – all things being equal – why blacks are disproportionately dying unless you factor in white racism.

We went from “blacks are immune from the Coronavirus because of their Wakanda- DNA” to the “Coronavirus is a racial weapon deliberately targeting blacks” mighty quickly. [Baltimore City plans coronavirus ad campaign to combat myth that African American residents are immune, Baltimore Sun, April 14, 2020]

Well, in Chicago, we now have a black columnist (Dr. Brian Williams, right)blaming both high rates of black gun violence and disproportionate rates of Coronavirus deaths in the black community to white racism/white privilege/implicit bias/structural inequality/prejudice within the healthcare system/redlining.

I was a guest on a national news show recently, discussing the racial disparities in COVID-19-related deaths. Data from several locations show that black Americans are dying from the disease at rates greater than the general population. This includes Chicago where despite comprising 30% of the population, blacks represent 68% of the deaths from the coronavirus.

But another story of equal importance unfolded not far from the secluded office where I gave the interview. When I was done I walked down the hallway following the red arrows reading “emergency room this way,” through a door that commanded “everyone must wear a mask,” and stepped into our six-bed trauma center. There lay multiple gunshot victims. All were black — like me.

After more than a decade as a trauma surgeon, I have treated hundreds of gunshot victims, and gun violence has not taken a hiatus because of the COVID-19 pandemic. Although shootings declined in Chicago for a third consecutive year, [I.E. during the Trump Administration] gun violence continues to ravage black communities. Yet, like COVID-19-related deaths, their stories remain an afterthought in the national discourse. This silence must end.

According to the Centers for Disease Control and Prevention, black people are 10 times more likely than white people to die from firearm violence. In the 24 hours after you read this piece, there will be 30 firearm-related homicides in the United States. Despite comprising only 7% of the population, 50% of those victims will be black men. This disparity is not surprising since the majority of gun homicides occur in racially-segregated neighborhoods — a deadly result of government-sanctioned redlining.

The suffering extends beyond the victims of direct gun violence. I was reminded of this as our team checked ventilator settings, medication infusions and the tubes, lines and drains spearing various parts of a different multiple gunshot victim on life support. His son, who appeared the same age as my third-grade daughter, watched in silence for several minutes before asking, “What’s gonna happen to my daddy?”

It is not just adult fathers who are killed. Nationwide, guns are the leading cause of death for black children. In Chicago, 60% of young children live in areas where 91% of homicides occur. Growing up immersed in gun violence negatively impairs childhood development and can lead to lifelong psychiatric dysfunction. You do not have to be a parent to appreciate wanting children to live in safe and healthy environments.

Mothers die too. According to the FBI, black women are two times more likely than white counterparts to be shot by a current or former intimate partner. The risk is highest for black women ages 18 to 34, who are three times more likely to be shot by an intimate partner. And law enforcement professionals report that responding to a domestic violence call is one of their most dangerous duties, as seen with the recent murder of an officer in Houston.

What can we do?

We can talk about guns. But in our country, where there are more firearms than people (393 million guns and 327 million people), the guns are not going away. We could debate the Second Amendment. But in District of Columbia v. Heller in 2008, the Supreme Court ruled that individuals have the right to own firearms for self-defense. We could demonize the National Rifle Association. But that may alienate an important membership base committed to reducing gun violence. Besides, to rid ourselves of the guns and the Second Amendment and the National Rifle Association does nothing to address the root causes of gun violence impacting segregated communities around the nation.

What we must do, after the next mass shooting drives the national debate about gun violence, is highlight that more black lives are lost annually to firearms than all mass shootings combined. That gun violence flourishing in impoverished communities is not the result of a morally bankrupt black culture, but a byproduct of diminished economic opportunity. And that to criminalize black victims of gun violence dismisses the humanity we share with those living in our most fragile communities.

Together we are bound across race, ethnicity, age, gender and profession to the 40,000 annual firearm-related deaths inflicted upon Americans. Gun violence, like COVID-19, is devastating communities of black Americans. But when the pandemic ends, the violence no doubt will continue. Therefore, together we must work to end these needless deaths and amplify the voices of all communities that are suffering. Failure to do so is a collective opportunity missed to save lives, now and in the future.

Dr. Brian Williams [Email him] is an associate professor of trauma and acute care surgery at the University of Chicago Biological Sciences Division

White people have nothing to do with black people shooting one another in segregated communities across Chicago. After all, white flight was the original social distancing, and white people fled neighborhoods undergoing racial change because they could observe patterns in what this demographic meant: drop in property value due to the proclivity toward violence the new black arrivals brought to the once lily-white and safe communities.

Again, high rates of fatal/non-fatal shootings in black Chicago communities is just further proof individual white people collectively choosing to seek residence in neighborhoods devoid of blacks are allowing pattern recognition in violence to be their guide. For lack of a better, segregation is nothing more than racial distancing.

High rates of fatal/non-fatal shootings are evident in heavily black areas across the nation, in cities like Milwaukee/Chicago/Indianapolis/Atlanta/Baltimore/New York City/Memphis/Charlotte/Jacksonville/Boston, where high rates of segregation (racial distancing) are a fact of life.

If you were to geographically switch the racial groups in every city, the patterns of violence would magically move with the black community wherever they were relocated.

If blacks are dying disproportionately in cities where segregation (racial distancing) is common, then logically, this just means blacks are failing to practice social distancing at rates similar to whites and other races.

Everything isn’t whitey’s fault. In fact, judging by rates of racial distancing being practiced by whites across the nation, it’s quite obvious social distancing has been the hallmark of race relations going back decades in this nation.

As we can observe by the lack of fatal/nonfatal gun violence in any predominantly white community in Chicago, and it being monopolized by blacks in heavily black areas of the city, racial distancing saves lives too.