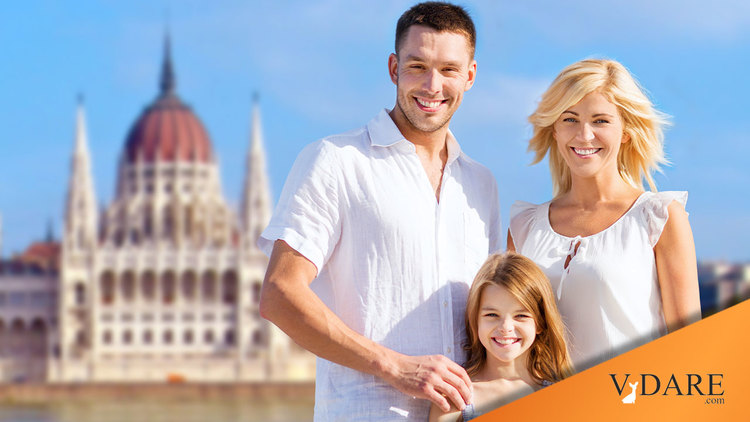 Earlier: Hungary's Subsidy for Marriages Off to a Good Start and "Israel's Demographic Miracle" Hungary is admired by Tucker Carlson and hated by many others for implementing family friendly policies that have seen its total fertility rate rise somewhat in recent years, up to 1.55 babies per woman in 2018 according to this graph provided by Google. Interestingly, the Czech Republic’s track record was even better, up to 1.71.

But, of course, when it comes to waging the war of the cradle in favor of its national majority, no technologically advanced country comes close to Israel’s success. From Haaretz:

For the First Time in Israel’s History, Jewish Fertility Rate Surpasses That of Arabs

Arab women had a higher fertility rate than Jews in Israel for years, but data reported by the Central Bureau of Statistics points to a change

Jewish Israeli women’s fertility rate exceeded in 2018 that of their Arab peers, for the first time in the country’s history, according to data released Tuesday by the Central Bureau of Statistics.

The rate among Jewish women living in Israel and in Israeli settlement in the West Bank was 3.05 compared to 3.04 for Israeli Arab women. The data excludes Palestinians in the West Bank and the Gaza Strip, who aren’t Israeli citizens.