On April 1, I asked What Color Are The Croydon Youths Who Savagely Beat A Kurdish Asylum Seeker In Britain? Possibly Black Zambians!

I asked this, because the thugs were hanging out at the Goat Pub in Croydon, which sounds like a traditional English pub, but is actually a Zambian restaurant, the landlord being named Patson Ngoma, see The Goat, in Broom Road, Shirley, could be forced to close following 'months' of criminal and anti-social behaviour by Daniel O'Mahony, The Guardian (Croydon)  March 7 2016. White Britons make up less than half the population of the borough.

So now here are the images of three people the police are looking for, based on security camera footage.  (Because of the "criminal and anti-social behaviour", the Goat was required to have more and better cameras. ) 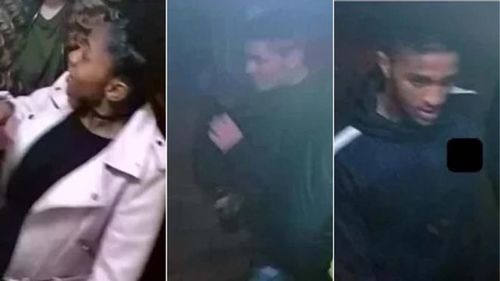 Here are the names of the people actually charged:

Ten people have been arrested.

Five of these - Daryl Davis, 20, Danyelle Davis, 24, Barry Potts, 20, George Walder, 20, and Jack Walder, 24 - all from Croydon - have now been charged with violent disorder and are due to appear in court later.

Three others remain in custody and two have been released.

We haven't seen pictures of the named arrestees, but those names, while not Zambian, are quite possibly Jamaican.

This is apparently an anti-white hate crime. We keep hearing that they victimized the teenager because he was Kurdish, but Kurds look white—these are typical Kurdish women: 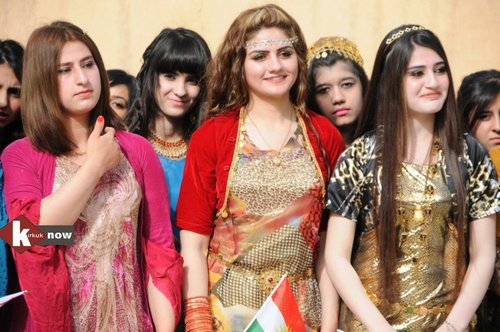 This is a photograph of the crowd at the Goat: 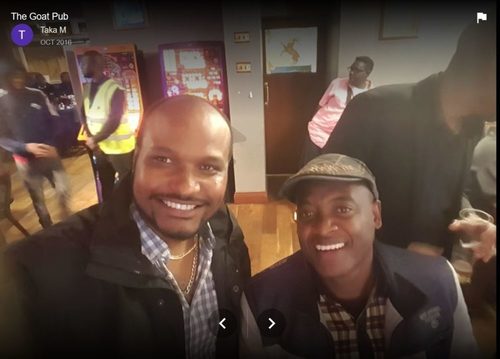 Many of the British Left have been treating this attack as if it involved the British National Party or white skinheads:

Stand Up To Racism (SUTR) has called a vigil for tomorrow, Sunday, after a young asylum seeker was the victim of a "frenzied attack" by a group of people.

Police are treating the assault, which took place in Croydon, south London, as a hate crime. The 17-year-old Kurdish Iranian is in a critical condition in hospital.

The attack has chilling echoes of the murder of Stephen Lawrence in 1993. [More]

No, it doesn't have echoes of the murder of Stephen Lawrence—he was the rare case of a black teen killed by white thugs (and thus is a sacred figure in modern Britain) this is the reverse. Will the protests be cancelled now that this has turned out to be black street crime?

Some more slices of life from modern Croydon: