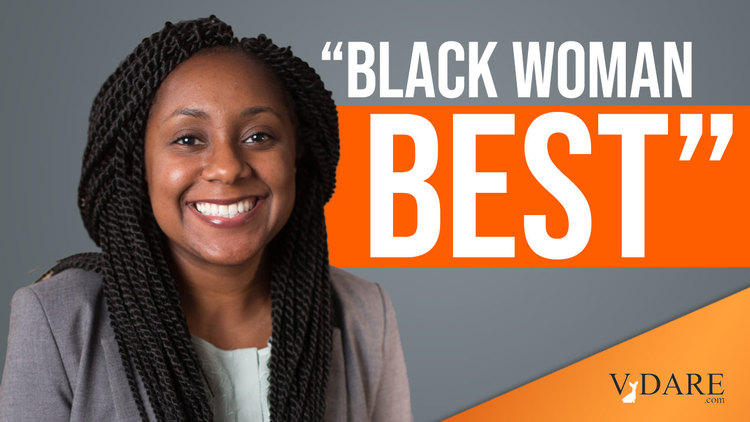 This op-ed argues that prioritizing the economic well-being of Black women would create a fairer system for everyone.

…That is why we need Black Women Best, a term coined by Janelle Jones, recently appointed chief economist of the Department of Labor, which calls for an economy in which, as Jones writes, “Black women and [our] needs are centered — [we] are being paid fairly, attaining new levels of education, surviving in hospitals, building wealth, and more.” Right now, there are several ways that everyone in our country is struggling that tie directly back to the economic well-being of Black women:

From the Roosevelt Institute:

Black Women Best: The Framework We Need for an Equitable Economy
SEPTEMBER 15, 2020

By making policy and political choices through the lens of “Black women best,” the US can begin not only to rectify its racist and sexist economic structures, but to cultivate an economy in which all people have power, security, dignity, and prosperity—in this crisis and beyond.

The COVID-19 pandemic and resulting economic crisis have cemented an American truth that’s been ignored for too long by too many: Through its policy and political choices, the US continues to prioritize the interests of a wealthy, predominantly white few over the well-being of all its people, but especially over the protection of Black and brown lives.

After all, in 2021, cotton makes up, what?, 30% of the U.S. GDP. Or something like that. Janelle Jones is now the Chief Economist of the Department of Labor so she would know this stuff, right?

BA in math from an HBCU, MA in economics from Illinois State, junior analyst jobs since that and now Chief Economist for the US Department of Labor. Nice career move for Janelle Jones.

For comparison, here’s someone who held this job under Bill Clinton: https://scholar.harvard.edu/lkatz/biocv

Lawrence F. Katz is the Elisabeth Allison Professor of Economics at Harvard University and a Research Associate of the National Bureau of Economic Research. His research focuses on issues in labor economics and the economics of social problems. He is the author (with Claudia Goldin) of The Race between Education and Technology (Harvard University Press, 2008), a history of U.S. economic inequality and the roles of technological change and the pace of educational advance in affecting the wage structure. …

Professor Katz has been editor of the Quarterly Journal of Economics since 1991 and served as the Chief Economist of the U.S. Department of Labor for 1993 and 1994. He is the co-Scientific Director of J-PAL North America, past President of the Society of Labor Economists, and has been elected a fellow of the National Academy of Sciences, American Academy of Arts and Sciences, the Econometric Society, and the Society of Labor Economists. Katz served on the Board of the Russell Sage Foundation and currently serves on the Board of MDRC. He graduated from the University of California at Berkeley in 1981 and earned his Ph.D. in Economics from the Massachusetts Institute of Technology in 1985.

By the way, I don’t see any independent confirmation that the Biden Administration is making this appointment, just PR that flowed from Ms. Jones making this claim on Twitter. So it could be a hoax.

Update: OK, here’s a Washington Post article referring to Ms. Jones as the Chief Economist, so I guess Joe really did it.