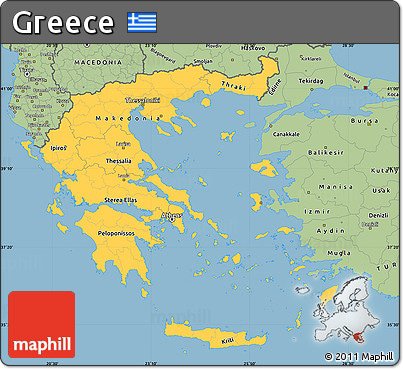 Give me everything I want or the "Nazis" win

Remember when Syriza was elected and the leftists gushed about how great it would be now that a "real" progressive party was in charge? For example, a column at the Huffington Post enthused, "The country that brought to the world modern democracy has shown the refreshing meaning of giving people the right to say who rules them" [New Greek PM Support Palestinian Rights, by Daoud Kuttab, January 30, 2015]

Well so much for that. Seemingly only hours after the Greek people thunderously rejected an austerity program, the Syriza Party caved to many of the demands of its creditors.

Prime Minister Alexis Tsipras flew back to Athens with a list of concessions that were tougher than the ones the Greek rejected in a referendum the previous weekend and now he has to find a political basis in parliament for it before Wednesday.

While he may be able to pull that off and reshape his government and party, he cannot escape the public backlash to what will be seen as a let-down on his promises to the Greek. Elected on the basis of a promise to an end to austerity, fortified by a referendum urging him top reject European concessions, he brings back home an even more radical set of measures that even sees part of Greece’s sovereignty being mortgaged in the form of an asset privatization fund.

So what has the hard Left been reduced to? Demanding concessions lest the "far right" Golden Dawn party take power, which would be a Very Bad Thing.

Austerity measures demanded of Greece by its European creditors will strengthen the far right, the country’s former finance minister Yanis Varoufakis has said.

Varoufakis also dubbed the bailout agreement reached in Brussels this week as a new Treaty of Versaille, and a coup d’état which used banks instead of tanks...

The outspoken former minister, who resigned from his role after the national referendum, despite it returning the result he was calling for, told the ABC the far-right Golden Dawn party could “inherit the mantle of the anti-austerity drive, tragically”.

That looks like it is already happening. Here, a Golden Dawn MP makes a passionate speech denouncing the agreement and rips up the terms on the floor of the legislature.

Golden Dawn makes many conservatives, even National Conservatives, deeply uneasy. Yet Greece and the European Union generally seems to be going out of its way to ensure there are no other alternatives. Like it or not, as Nicholas Stix put it, Golden Dawn is resisting the extermination of the Greek people. What other options are there?