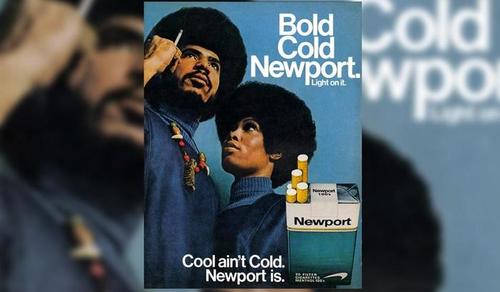 Uh-oh. A commenter at the Richmond Times-Dispatch is guilty of stereotyping. His crime is in a story about the brave heroes of law enforcement and the judiciary smashing a cigarette smuggling ring that ran coffin nails from Virginia to New York.(The local residents include Mickel Marzouk, Moeen Khan,  and Rabih Saba. )

Smugglers smuggle, and people buy the smuggled smokes, for one good reason: They're cheap. The cigarette tax in Virginia in 30 cents. In New York, it's $5.85. And the authorities wonder why 60 percent of the cigarettes sold in New York, according to the Times-Dispatch, are sold untaxed, and most of those are smuggled from Virginia.[ Eight Richmond-area residents charged in New York City cigarette trafficking case, By Frank Green Richmond Times-Dispatch, July 13, 2015]

Anyway, here is what the commenter wrote:

When I first moved to Brooklyn, I was so broke, I was the only yuppie face around for maybe a mile. Our block had a "Newport man" he'd stand on the corner yelling "Newport, Newport", and when I'd walk by he'd say "Marl-boro". Ahh, memories of living in the ghetto. He never hurt anyone, that I know of anyway, though he did sell a carton to my then-girlfriend's 15 year brother who brought them back to Massachusetts.

Smokers, and the government, know why the street-corner salesman called out "Newport," which are menthol, and then switched to "Marl-boro" when he saw whites. Menthol cigarettes generally appeal to blacks. You don't often see whites smoke them.

By the way, Eric Garner, the "gentle giant" whom police supposedly killed with a "choke-hold," actually died because he resisted arrest when police tried to collar him for peddling "loosies."

The reason the New York authorities take the street sale of illegal cigarettes seriously is not only because of New York’s awful taxes, but because legal sellers can be kept from selling to 15-year olds by threats of fines or shuttered stores. Guys like the late Eric Garner have no such restrictions.