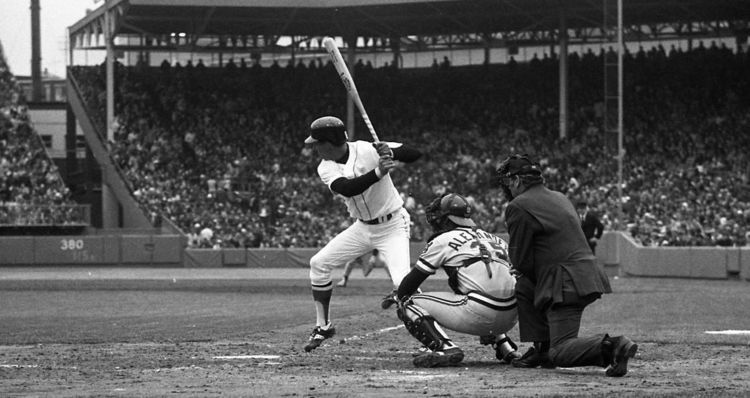 In his first game at the ballpark his grandfather called home for 23 years, San Francisco Giants outfielder Mike Yastrzemski homered in the top of the fourth inning of Tuesday’s game against the Boston Red Sox in a moment that couldn’t have been scripted better. The solo shot was the 238th home run by a Yastrzemski at Fenway Park and the first since Carl Yastrzemski went deep against Moose Haas of the Milwaukee Brewers on July 31, 1983.

BALTIMORE — Cavan Biggio hit for the cycle, just like his dad.

Biggio homered in the third inning, singled in the sixth, doubled in the eighth and tripled in the ninth to boost the Toronto Blue Jays over the Baltimore Orioles 8-5 on Tuesday night. The rookie drove in four runs and scored three times.

“I did know my dad had one,” Cavan Biggio said. “I have a ticket to the game he got it in in my room my whole life. I didn’t think I was going to get up there for the opportunity.”

Familial dynasticism in baseball, which peaked in the 1990s when Barry Bonds and Ken Griffey Jr. were the best players in their leagues, is on the upswing again. For example, the Toronto Blue Jays have players named Biggio, Guerrero, and Bichette, whose dads were all stars in the 1990s.

One reason is because veteran big league hitters in recent years typically now own their own indoor batting cages with pitching machines, which gives their sons a big advantage in getting a huge number of reps per day.

It’s a little like how black players in the NBA have been getting more genteel (e.g., Steph Curry) because the 3-point shot selects for kids who grew up in the suburbs with their own driveways where they could practice long shots over and over.

Before the emphasis on the 3-point shot, NBA strategy selected for urban black kids who played a huge number of 5 on 5 games on public courts. They got good at dribbling, passing, and driving to the basket. But if you play on the court next to your housing project, you almost never get any alone time to practice 25 footers by yourself. So now the archetypal player of this decade is Curry, whose dad Dell Curry played 16 years in the NBA (which is a long time if you are only 6’4″), and who went to upscale Davidson College.