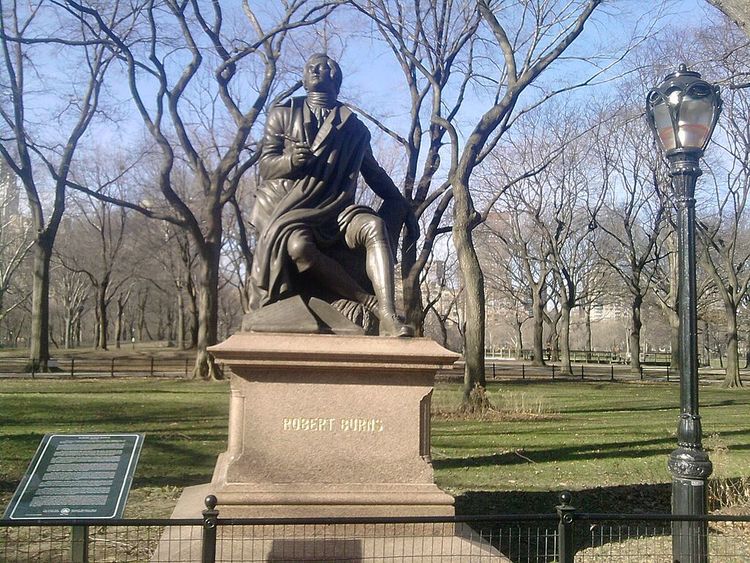 What Has Dead White Male Robert Burns Ever Done for New York City?

The city’s monument “men” are in peril.

A member of the commission that oversees art and architecture on city property suggested Monday that instead of simply adding statues of historical female figures to Central Park, the panel yank out some of the male ones first.

“There are what, five or six [male] statues that I think could easily be replaced by individual statues of each of these women,” said Hank Willis Thomas, a painter who serves on the Public Design Commission, at a hearing at City Hall.

After all, has anybody in the history of New York City ever sung a Robert Burns song?

Not that this will shock the iSteve-tariate, but Ctrl+F reveals that the word “black” appears 35 times in Hank Willis Thomas’s Wikipedia entry. This is the genre of art that often literally consists of a black artist creating things that are black or, heaven forfend, white (or writing the word “black” several times). Our brilliant critics, who of course prioritize aesthetic merit over This Year politics, unanimously laud these searing commentaries on racism.

“Thomas is the winner of the first ever Aperture West Book Prize for his monograph Pitch Blackness (November, 2008). His work has been featured in other publications including Reflections in Black (Norton, 2000).”

“In 2018, Thomas was accused of plagiarism by South African photographer Graeme Williams.[17] A photograph that Williams took in 1990 of black children in the foreground and white policemen in the background was modified by Thomas, removing colour from the background. The photograph was exhibited at the Johannesburg Art Fair, with an asking price of USD36000, without attribution or mention of Williams. Willis defended himself saying that what he had done was “akin to sampling, remixing”.”