Why have four children when you could have seven? Family planning in Niger

With the world’s highest birthrate, Niger’s population is set to double in 17 years. NGOs are providing contraception, but what if women want more babies?

Roukaya Hamani has an in-law problem. Her husband’s parents want more grandbabies, but she doesn’t want any more children right now. She’s already given birth four times; one of the babies died, and so now she has three, ages seven, five, and 16 months. She’s 18 years old.

“I just pray to God to bless those three babies I have,” she says. The local health centre in her village of Darey Maliki offered her free contraception, which they get partly from the NGO Pathfinder, but Hamani declined. “Maybe [my in-laws] would tell my husband to marry another woman to have more babies,” she says. “If they want me to have another pregnancy, I can do it just for them to feel happy.”

… More than half of girls don’t complete primary school, and fewer than one in 10 attend secondary school – as a result, less than a quarter of women here are literate. Women have an average of more than seven children apiece, the highest in the world. And they face a one-in-23 chance of dying from pregnancy or childbirth.

But Hamani is unusual in that three babies are enough for her. Despite having the highest fertility rate in the world, women and men alike in Niger say they want more children than they actually have – women want an average of nine, while men say they want 11.

Birth rates as high as Niger’s contribute to rapid population growth. The country’s population exploded from 3.5 million people in 1960 to nearly 20 million today, with half of the current population under the age of 15.

It long seemed like the rest of the world could safely ignore Niger because it was a lightly populated backwater. But the UN’s 2017 forecasts figure its population will hit 64 million by 2050 and 192 million by 2100, which means that the world will be flooded with surplus Nigeriens if efforts aren’t increased.

The overwhelming majority – 80% of Nigeriens – live in poverty. The landlocked nation is largely desert, less than 20% of the land is arable, and that number is shrinking due to climate change. At current growth rates, the population is set to double in 17 years. This, experts say, drives poverty, famine, political instability, and violence.

To combat the health issues that come with high birth rates as well as the burden many young and out-of-work people place on a fragile economy and vulnerable security situation, the Nigerien government has turned to the solution: modern contraception. What they haven’t figured out, though, is how to get women to use it.

“This is a time bomb, because all the Sahel is in this situation, and especially with climate change, the food supply will be less abundant than before,” says John May, a visiting scholar at the Population Reference Bureau. “It’s a huge crisis.” …

Many working in development say that to prevent a series of catastrophes – environmental, economic, security – women in Niger need to have smaller families. But unless women want their families to be smaller, there’s no reason to think the fertility rate will decrease anytime soon. 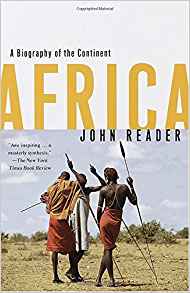 It’s important to understand a point emphasized by John Reader in his book Africa: Biography of a Continent. Africans were traditionally not up against a Malthusian ceiling caused by a shortage of land per capita for growing food. In other parts of the world, people were in danger of starving at the end of a long winter, but in Africa death tended to come from tropical diseases, such as falciparum malaria and sleeping sickness, often carried by flying insects. There wasn’t a lot you could do to protect your family from the main causes of death, so the main strategy was to have a bigger family.

Also, humans in Africa were in more serious competition for food and land with native beasts, such as hungry, hungry hippos and giant elephants, a herd of whom could consume a small village’s crops in a day. Humans and wildlife had co-evolved in Africa, so they were wise to our tricks. We couldn’t get the drop on them and wipe them out like we did in the New World. So it helped to have more people to scare off the animals.

Finally, women did most of the agricultural work, so influential men didn’t see much downside in fathering more children.

So, African cultures evolved to seem to the rest of the world kind of sex-obsessed. In the temperate world, up near Malthusian limits, reproduction was a fraught decision. So we have a lot of culture and literature devoted to people obsessing over making the right romantic choice at the right time.

But in Africa making as many babies as possible was the only obvious way to survive.

Now, it’s hardly impossible for Africans to change their culture, the way most other countries have changed culturally to prevent population from soaring endlessly into disaster. But it’s going to take a big effort on the part of Africans and non-African elites to get the world out of the jam threatened by African fertility. Most of all, it’s going to take honesty, which is rare and expensive these days.