Toy Story 4 isn't the only popular fiction that retails a subtle racist message, it turns out. Another is Somewhere Lies The Moon, a romance novel with this plotline: "Confronted by a marriage proposal from the man she loves and tormented by the turmoil of her past, Eva Crawford seeks refuge at Glen Affric, her family's sanctuary in the Scottish Highlands, where she struggles to come to terms with her feelings and the challenges of the future." 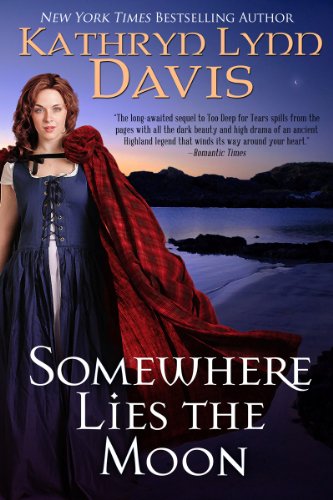 The book isn't just racist, it's a "f***ing racist mess," says Courtney Milan [Tweet her] a romance novelist you've never heard of. That's the pen name of Heidi Bond, a lawyer who told The Washington Post about the sexual depredations of federal judge Alex Kozinski. She clerked for Sandra Day O'Connor and Anthony Kennedy, her Wikipedia page says.

Milan, who is Chinese American, highlighted a plot line featuring Asian characters with “slightly yellow” skin and “slanted almond eyes,” and noted that the book depicted 19th-century Chinese women as demure, quiet and compliant. “The notion of the submissive Chinese woman is a racist stereotype which fuels higher rates of violence against Asian women,” she wrote. “It is hard not to be upset about something that has done me and my loved ones real harm.”

[A romance writer called a novel racist. Now the industry is in chaos and its top awards have been canceled, by Antonia Noori Farzan, January 8, 2020]

Many of the Asian women I've run across have been "demure quiet and compliant," and I never took that as a bad thing. Nor is it an off-the-wall observation.

Milan unleashed a farrago of tweets with other "racist" passages that proved precisely nothing, except that she didn't care for the way the author of Somewhere described things and persons Chinese.

Here’s the book. I didn’t finish the sample. I didn’t need to.https://t.co/cqNErXRaUH

This kowtowing to troublemakers like Milan has to stop. Her opinion that the passages are racist is just that: an opinion. Opinions, to clean up an old quote, are like noses. Everybody has one.

I say those passages aren't racist. And someone at the Romance Writers of America should say so, too.