If you want to read yet another scary piece about galloping automation, try Gideon Lewis-Kraus' The Great A.I. Awakening  in the December 14th New York Times Magazine.

It's about recent big advances in machine learning and machine translation.  "A.I." of course stands for "Artificial Intelligence."

Late one Friday night in early November, Jun Rekimoto, a distinguished professor of human-computer interaction at the University of Tokyo, was online preparing for a lecture when he began to notice some peculiar posts rolling in on social media. Apparently Google Translate, the company’s popular machine-translation service, had suddenly and almost immeasurably improved. Rekimoto visited Translate himself and began to experiment with it. He was astonished. He had to go to sleep, but Translate refused to relax its grip on his imagination. 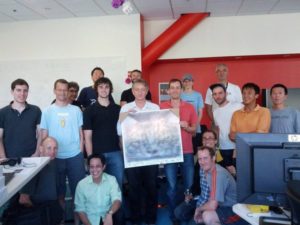 Lewis-Kraus does a very good job of elucidating this difficult subject for the general reader; and yet again—see the Math Corner at the end of my December Diary—the HBD factor jumps out at you, leaving at least one NYT commenter (Dec. 19th at 9:52 a.m.) angrily microaggressed.

I've been using Google Translate for years, and have noticed a sort of creeping steady improvement.  I sometimes go for weeks without using it though, and I can't say I spotted the alleged early November spurt.  Trying it now, it does seem to be better than I remember at translating newspaper Chinese into English.

It's still hopeless for Classical Chinese, though (which, to be fair, is a very different style with little-to-no commercial value).  I'm currently listening to Robert LaFleur's lectures on the Analects of Confucius, so I thought I'd put the opening verses of that book into Google Translate.  Result:

The Master said, "Is it not pleasant to learn with a constant perseverance and application? Is it not delightful to have friends coming from distant quarters? Is he not a man of complete virtue, who feels no discomposure though men may take no note of him?"