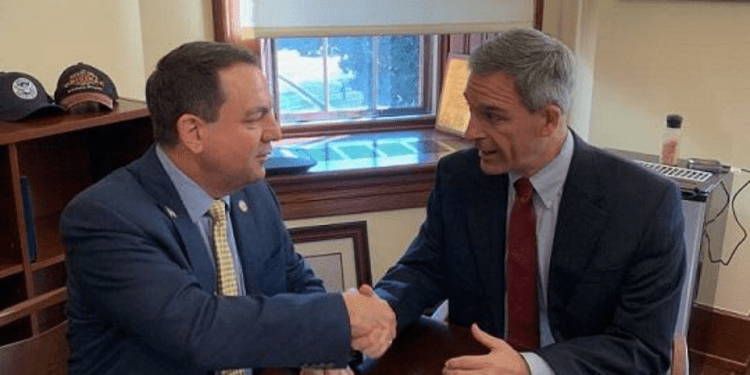 Arizona Border Success Shows The Federal Government CAN Do Its Job... When It Wants To

A press release from the Department of Homeland Security shows that the federal government is quite capable of securing the border, if there's enough political pressure.

Today, Mayor of Yuma, Arizona, Douglas Nicholls, at a meeting with Senior Official Performing the Duties of Deputy Secretary of Homeland Security (DHS) Ken Cuccinelli, withdrew an April 2019 local State of Emergency proclamation regarding the ongoing security and humanitarian crisis on the Southwest border.

Mayor Nicholls officially issued the proclamation on April 16, 2019, after the historic flow of illegal immigration caused thousands of illegal aliens to be released into his city. The mayor credits successful efforts by the Trump Administration in confronting the crisis, including initiatives implemented by DHS and the Government of Mexico, that have substantially relieved the city’s burden in caring for the overwhelming number of illegal immigrants...

As covered here at VDARE.com, the deal with Mexico is a real accomplishment for the Trump Administration. And yes, there is some new wall being built.

The obvious problem is that it's simply too late in the Administration. This should have been done day one. In President Trump's words, we needed a wall built "quickly." Instead, it's happening at a leisurely pace. Now, any chance of securing the border depends entirely on the outcome of the 2020 election. Projects just getting underway now will be canceled if the Democrats win 2020.