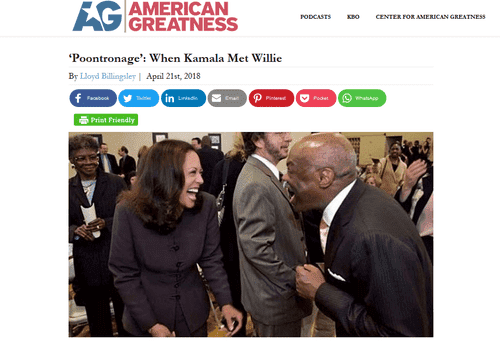 From the Associated Press Stylebook:

We now say not to use the archaic and sexist term “mistress” for a woman in a long-term sexual relationship with, and financially supported by, a man who is married to someone else.

Instead, use an alternative like companion or lover on first reference. Provide details later.

Apparently, the AP thinks that Joe Biden is stuck with picking adventuress Kamala Harris for his Veep and wants to lock in that it was True Love that brought the youthful Kamala and the elderly Mayor Willie Brown together.

I’m looking forward to this because I have lots more dusty old Willie Brown anecdotes to retail. Willie looks like black Pepe the Frog. Here he is with Kamala’s umpteenth successor, Sonya Molodetskaya: