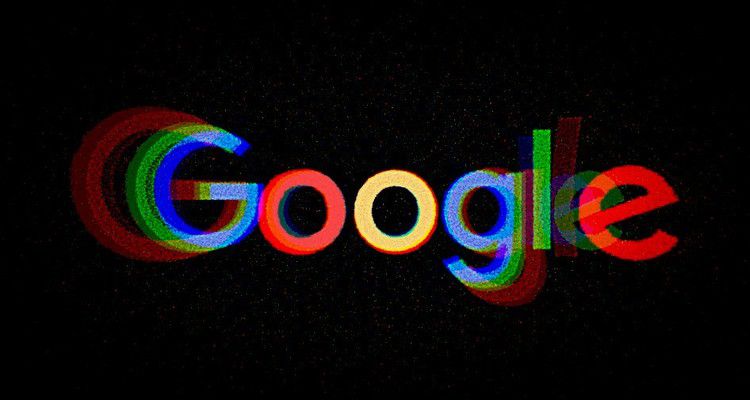 Google insiders have relinquished 950 internal documents to Project Veritas revealing bias and the blacklisting of conservative, Christian and right-wing political websites. A quick look through some of the documents reveals that VDARE.com was among the hundreds of websites revealed to have been targeted by the censorship.

You can view the Blacklist here.

The blatant political/religious bias is easily revealed by a quick keyword search of the document revealing at least six Christian websites on the list while no other religious groups are targeted. Also, it would appear, too, that only conservative publications are targeted. 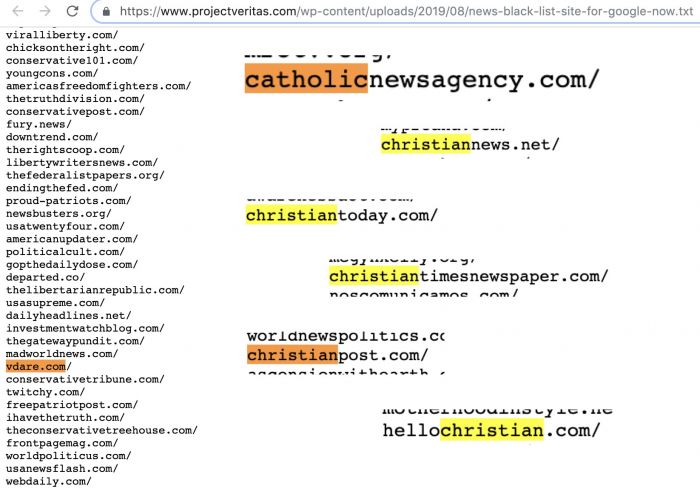 The first sentence in the document states: “Manual list of sites excluded from appearing as Google Now stories to read”. The term “Manual” should be highlighted here since this means someone had to personally curate this list. This goes beyond AI algorithms that are designed to target conservative/Christian content. This document shows that there are employees working at Google who are paid to personally censor this content.

Political bias and censorship on the internet has become epidemic. The censoring of millions of Americans has become a Constitutional crisis unlike anything we have ever experienced in our history. Never before in American history has any entity, whether government ort private, had the ability to censor on the scale we see today. With the click of a button you can be erased from the internet, millions of voices can be silenced, and ideas withheld from the marketplace.