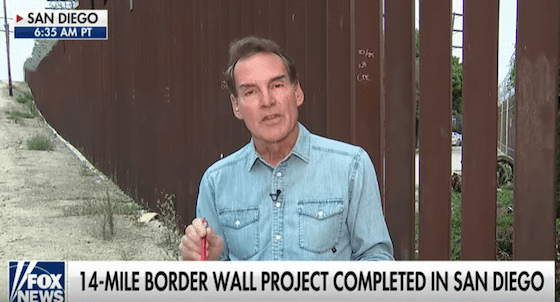 Border Fence Is Starting to Take Shape near San Diego

Here’s an update report from the government’s border fence project, which finally seems to have gotten going. It seems well designed, with two fences and a space in between that allows border agents to nab foreigners.

Below, Fox New reporter William La Jeunesse showed the fencing that has been built on the border near San Diego. 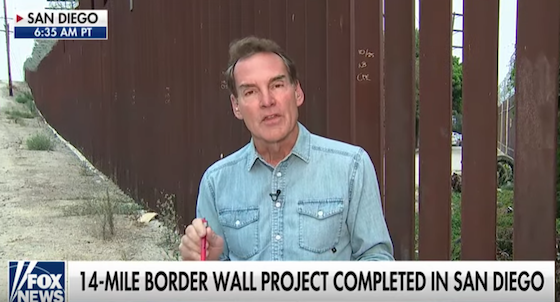 Mexico is helpful for the time being, which is nice but it’s kind of pathetic that the most militarily powerful nation on earth (us) can’t defend its own borders from invasive foreigners.

Still, the better choice would have been universal E-Verify as the top priority to enact — it’s so much cheaper than the billions of dollars required for the giant border construction project. But E-Verify was too effective for the Republican Congress (2016-18) and influential donors like the Koch brothers to abide, so it was ignored yet again.

WILLIAM LA JEUNESSE: So far the administration has put in about 57 miles of new fencing, replacing this which was put in in the early 90’s with the steel bollard style — that’s Mexico over there — they just completed that four-mile patch of gear. Also bill they are putting in four miles of secondary fence: you can see it’s thirty feet tall, you have an anti-scaling plate on top. That is one reason they say the apprehensions here are going down, as well as 43 percent nationwide in just the last two months.

But the big reason, the main reasons for those drops — the crackdown in Mexico and that remain-in-Mexico program where we have now 40,000 asylum seekers staying in Mexico to await their hearing.

Up to 40,000, 450 now a day, they’re really ramping up that program, sending a message to those in Central America who are saying, Hey, they will not come if they can’t stay. It is having that deterrent effect. The conditions in Mexico, migrants say, are bad, they don’t have any more money so they’re choosing to stay home.

Now some are being put into buses going down to the Guatemala border — some by choice, some not. The CBP commissioner Mark Morgan denied yesterday, as critics claimed on Capitol Hill, that the US has effectively denying migrants the right to due process.

ACTING CBP COMMISSIONER MARK MORGAN: When we say we’re assisting, we’re going to continue to give them a capacity building information and guidance on how they can do their job, but it’s the government of Mexico’s job to make sure that their shelters are adequate enough, just like it is on our side.

LA JEUNESSE: The other major success is Mexico with that crackdown pulling people off buses — that kind of thing, putting the National Guard — it may not be sustainable, but right now it is having a big difference.