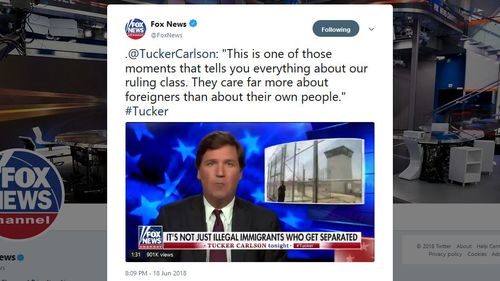 What The Critics Of “Family Separation” Really Want—As Many Illegal Aliens Entering As Possible!

The mainstream media is whipping up this great outcry over the separation of illegal alien child and adult detainees at the border. The great scandal is that this “separates families”.

They don’t often bring up the fact that most of the detained minors came here on their own. Rather the focus is on the detained children being separated from their detained parents.

Remember too, that these are parents who have brought their children hundreds of miles through extremely dangerous situations, all the way from Central America, through Mexico, to the U.S. border. How safe is that?

Definitely, the kids are safer in detention.

Plus, how many of these kids are really the children of the adults who have them in tow? The Daily Caller reports

Illegal immigrants are increasingly posing with children who are not their own in order to try to gain expedited entry to the U.S., multiple sources tell The Daily Caller. A law enforcement source directly involved in apprehension told The Daily Caller officers are increasingly encountering “family units” of adult males with children of various ages. When law enforcement attempts to debrief the adult males with children, they often cannot answer even the most basic questions about their supposed children. The children also rarely appear to know details of their apparent “fathers.”
Sources: Illegals Increasingly Use Other People’s Children To Claim Asylum
By Saagar Enjeti, The Daily Caller, June 18, 2018

This has been going on for years on the border. Maybe DNA tests would be in order?

What do these activists supposedly so concerned over “family separation” really want?

If the families were detained but kept together, the critic would think of something else to criticize.

The bottom line for the U.S.A. is, if we don’t get control of this border, we are going to lose our country.

If you have a few minutes to spare, check out this excellent Tucker Carlson video which points out the hypocrisy of the “family separation” argument from people who don’t care about American families being separated.

.@TuckerCarlson: "This is one of those moments that tells you everything about our ruling class. They care far more about foreigners than about their own people." #Tucker pic.twitter.com/ZtGITDMj9A