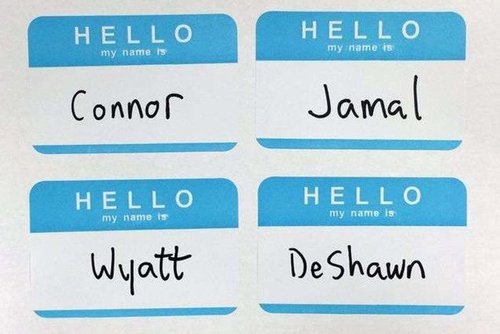 Anthropologist: "I’ve Never Been So Disgusted with My Own Data"

Americans draw racist conclusions about people they’ve never met just by learning their names, according to researchers who were “disgusted” by their own findings.

“I’ve never been so disgusted with my own data,” said lead author Colin Holbrook, an anthropologist at UCLA.

Test subjects were read a short story about a man — with either a stereotypical white name or black name — being bumped at a bar, and then verbally berated.

Test subjects were then asked to describe what they imagined that man to look like and what he did in response to that contact and verbal assault.

I’m struck by how uncool people are these days.

Can you imagine Charlie Parker or Humphrey Bogart or James Dean or John Lennon or Steve McQueen or Lou Reed saying, “I’ve never been so disgusted with my own data”? (Granted, they are all now dead. But, still, they were cool while they lasted.)