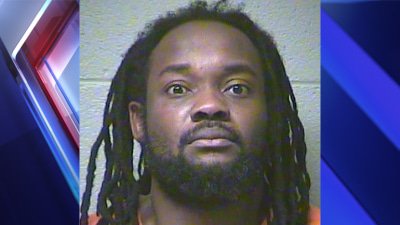 Another "Random" Black-on-White Murder, This One Of A Six Year Old

A warning about this. After you read it, you may never be able to hear the song "Silent Night" and enjoy it again.

Whether it was Christmastime or not, Heather Tipton said she often sang Silent Night to help calm the fears of her son Logan.

“My son was terrified of the dark,” she said, but at the sound of the song, “he’d go right to sleep.”

On Monday night, less than 24 hours after police say 6-year-old Logan Tipton was stabbed to death in his Versailles bedroom by an intruder, his mother led hundreds of mourners in singing Silent Night for him one last time.

The crowd gathered on the Woodford County High School football field, where Logan’s football number, 63, was emblazoned on the scoreboard. They gathered around the Tipton family to cry, pray, offer condolences and sing songs, including Logan’s favorite, Jesus Loves Me.

The Indiana man who confessed to the stabbing is most likely mentally ill, his attorney said after a court hearing Monday.

The boy was stabbed multiple times in the head with a large kitchen knife during a burglary about 4 a.m. Monday, according to investigators and Woodford County Coroner Ronald Owens.

There have been conflicting reports about this case regarding whether it was a burglary or simply a man committing a murder. What we know is that an African-American nurse named Ronald Exantus (above) from the troubled city of Indianapolis drove hundreds of miles to break into a house and stab a sleeping child in the head in front of his siblings. His parents then ran into the room only to behold the the slaughter[6-year-old murder victim laid to rest in Kentucky, by Leigh Searcy, WLEX, December 11, 2015]

When reading this, one can't help think of Logan's fears of the dark, what nightmarish visions he conjured up. Whatever hellish dreams plagued his fantasies, nothing could have been worse than the fate that ultimately befell him. And the song Silent Night now conjures up scenes of horror within me.

But don't be mad dear reader. Nothing to see here. It's just a "tragedy," like an earthquake, or a tidal wave, a natural disaster. Perhaps it will be described as a "robbery gone wrong" at trial. Indeed, it's probably our fault for not doing enough to fight systemic racism, or inequality, or the Confederate flag.

Don't draw any conclusions or express any opinions about it on Facebook, or it will cost you your job. And as our own Paul Kersey noted, if Tipton's young siblings ever express anger or even fear towards African-Americans because of the traumatic experience of seeing their little brother brutally murdered before their eyes, they are the ones who are evil, even in the eyes of the law.