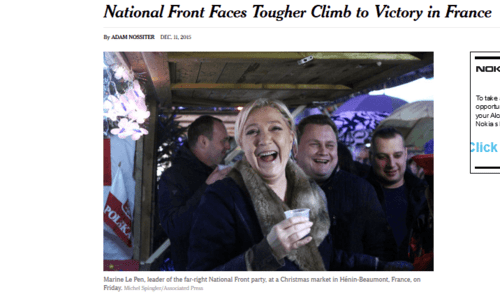 The Odds Against Le Pen

PARIS — After a week in which she and her far-right National Front party seemed ascendant, Marine Le Pen is heading into Sunday’s second round of French regional elections facing a new and more challenging political equation that will test the appeal of her nationalist, anti-immigrant message.

The National Front was the clear winner in the first round last week, stunning the governing Socialists as well as the mainstream conservative party, the Republicans, and raising expectations that Ms. Le Pen would emerge from the second round with victories in at least two regions. But the latest polling suggests that she could be in for a tough battle both in the northern region around Lille, where she is on the ballot herself, and in a southern region around Nice being contested by her niece Marion Marechal Le Pen.

The difference: The Socialist Party candidates, who finished third in the first round of both those races, withdrew this week in order to leave the field clear for the Republicans. Their logic is that it is better to unify the anti-National Front vote, despite the enmity between the Socialists and the Republicans, than to allow Ms. Le Pen to split the vote of the more traditional parties. 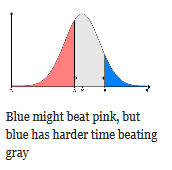 It’s basic median voter theorem: in a two party race, it’s hard for the right to beat the center-right.

The National Front’s problem is that France has shifted rightwards in general, so there aren’t many NF versus Socialist head to head contests. Instead there are a lot of runoffs between the NF and Sarkozy’s center-right party, now called the Republicans.

Before the first round, Sarkozy rejected promising to throw the second round for the Socialists the way the Socialists have done for him. So that makes his party look better in the eyes of voters who find themselves attracted to both parties that are right of center, in that Sarkozay said he would have given the NF a fair chance to beat the Socialists if the Socialists had more often beaten Sarkozy’s Republicans for second place. Michel Houellebecq’s novel Submission prophesying the center-right throwing the 2022 election to a new Muslim party to defeat the National Front may have actually helped the center-right in this election by discouraging them from being too obvious: the image of the center-right turning the Presidency over to the Muslims was too memorable. 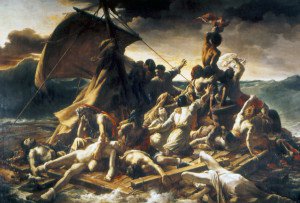 The careful French [Le Pen] deploys, classically rooted, and the way she uses references to France’s cultural heritage — she invoked a famous 19th-century painting, Théodore Géricault’s “Raft of the Medusa” — are anything but populist. Instead, they evoke what she called “the millennial values which have created France,” a cultural legacy of centuries that the National Front insists is now threatened by what it calls “the migratory submersion.”

In France, a lucid prose style is patriotic. The French (e.g., Descartes and Pascal) invented the classic style of prose in the 17th Century, while the English were still writing convoluted prose. The French have been proud (rightfully) of this great leap forward in human communication capability ever since.

That reminds me of all the literary references in Houellebecq’s Submission to the 19th Century decadent novelist Huysmans and other classics. The other Houellebecq novel I read, The Elementary Particles, was more sci-fi. This one was more assertive of Houellebecq’s claim to be part of the grand tradition of French literature.

I sense a certain tag team aspect of what Le Pen and Houellebecq are up to.

I’ve read that Putin has the best cultivated Russian accent of a Moscow top dog at least since Lenin, and that that’s part of his appeal. You saw with the opening ceremony of the 2014 Winter Olympics that Putin can take the cultural level upscale when he wants to.

That raises an interesting question about Trump. Obviously, he’s a master of going on live television and winging it in demotic English. But a lot of people assume he can’t give a formal, Presidential-sounding speech when the situation demands it. Can he?

But the Front’s opponents consider handing over to her even limited powers intolerable.

The National Front needs administrative experience. It’s not good for France to have a major party that hasn’t run anything.

Mr. Valls said on Friday that an ascendant Front could lead to “civil war” in France, and that its program was a “swindle.”

Perhaps it’s not terribly responsible for the Prime Minister to talk about civil war?