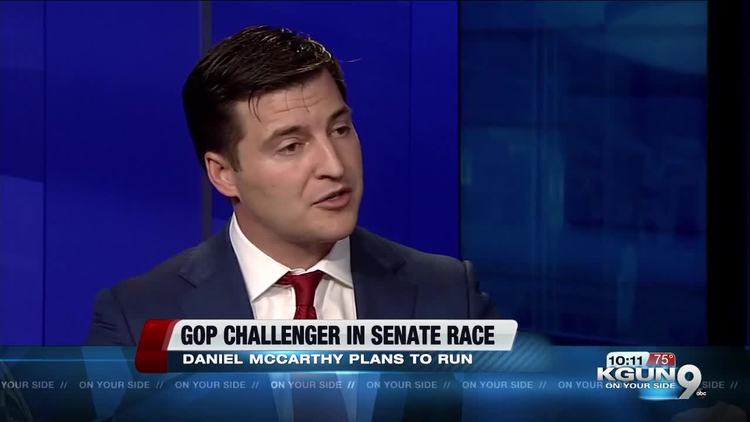 It’s unclear if McCarthy wants America to invade Mexico or for its citizens to peacefully rise up and demand to be a part of the U.S: “I want to speak above the Mexican government. Okay? When you’re talking to the Mexican citizens, ‘Rise up in your communities and petition to become states for the United States.’ That’s how that process works.”

Oddly enough, McCarthy still wants to build the wall even though it would divide the U.S. under his plan.

He implied that American annexation would magically make Mexico a better place to live. The Republican candidate is clearly unfamiliar with Puerto Rico or for that matter, New Mexico.

McCarthy’s campaign insisted that this idea was a serious proposal and is aligned with President Trump’s America First policy.

It is most definitely not.

The cartels, the crime, the violence, the corruption, and the socialist politics would all be ours with annexation. So long to English and the historic American nation.

Sen. McSally may not be the best Republican in the Senate, but she’s no clown like McCarthy. Immigration patriots have a clear choice in next year’s primary, and it isn’t the guy wanting Mexico in the U.S.